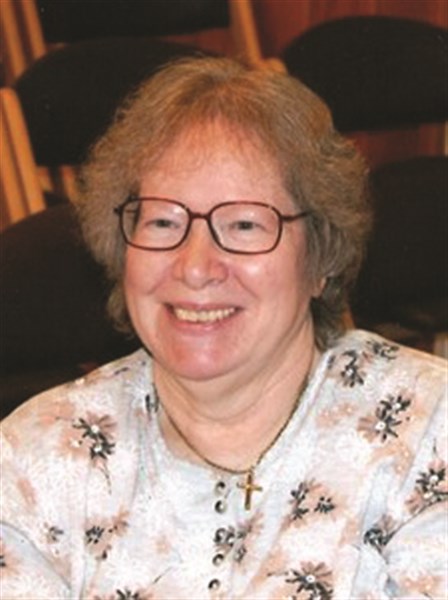 Marjorie M. Scherrueble, 74 of Aurora, passed away Thursday April 13, 2017 in Aurora, IL. She was born January 20, 1943 in Redding, IA, the daughter of the late J. Frank and Esther (Saville) Parker.
She is survived by her daughters, Kimberly (Timothy) Forbes of Aurora, IL and Kelly (David) Harter of Gilberts, IL; her grandchildren, Timothy (Brooke) Forbes, Emily (fiancé Dustin Hurting) Forbes, Paige Harter and Kaci Harter; her great-grandson, Flint Forbes; her siblings, Helen Gutt, Joyce Manship and Doyle (Lily Ripperger) Parker; her sister-in-law, Kathy (Jim) Rusconi as well as several nieces and nephews.
In addition to her parents, she was preceded in death by her husband, Richard Scherrueble; her “special” son, Duane Scherrueble and her brothers, Darrell Parker and Dale Parker.
Visitation will be held at the Armstrong Funeral Home in Mount Ayr on Friday, April 21 from 5:00 p.m. to 8:00 p.m. Services will be 10:30 a.m. Sat., April 22, 2017 also at the funeral home. Burial will follow in the Redding Cemetery and lunch will follow at Rumor’s in Mount Ayr.
In lieu of flowers, memorials may be directed to the American Diabetes Association.