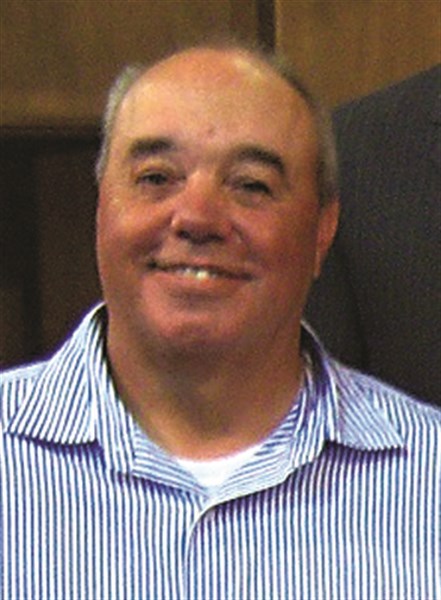 Lanny Howie, 66, of Oelwein passed away on April 29, 2017 at Mercy Hospital in Oelwein. Visitation will be from 4-7 p.m. on Thursday May 4, 2017 at the Geilenfeld Funeral Home in Oelwein. Services will begin at 11:00 a.m. on Friday May 5, 2017 at the Geilenfeld Funeral Home. In lieu of flowers memorials may be directed to the family. Lanny gave as generously in death as he did in life by donating through the Iowa Donor Network. For condolences, please visit www.geilenfeldfh.com.
Lanny Dean Howie was born on February 21, 1951 in Creston to parents Virgil and Iris Jean (Wilson) Howie. He graduated from Mount Ayr high school with the class of 1969.  In 1971 he was united in marriage with Judy Sickels and they later divorced. In 1980 he was united in marriage with Julie Arndt and they later divorced. Then in 1986 he earned his degree in Drafting from Southwestern Community College in Creston. Lanny moved to Oelwein for employment with Brown’s Shoe Fit Co, then he worked at Hancor in Oelwein and then was employed as the Goundskeeper at Hickory Grove Golf Course in Oelwein for 30 years. He enjoyed mowing and fixing golf carts. Lanny liked to go fishing, watching westerns and playing softball. Most of all, he enjoyed his grandchildren. He had been a member and past president of the Oelwein Jaycees.
Left to celebrate Lanny’s life are his children: Shannon (Bob) Hernandez of Jordan, MN, Adam (Abby) Howie of Boone and Megan (Mike) Meyer of Newton; his grandchildren: Braylen, McKale, Avery, Reese, Corbin, Molly and Macy; his mother Jean Howie of Mount Ayr; his sister Kelly (Myron) Schlager of Costa Mesa, CA; his sister-in-law Fay Howie of Mount Ayr and his dog Mia.  He was preceded in death by his father, Virgil, and his brother Terry Howie.