Many may not know Ringgold County is home to six listings on the National Register of Historic Places.
The first to be registered was the former county jail, which until recently was occupied by the James Pederson Law Office. It was added to the list in 1979. The most recent addition was the birthplace of the Hy-Vee grocery chain in Beaconsfield in 2007.
The following information on each of the county’s National Historic Places was compiled by the National Park Service, local historians, and other contributions to the Wikipedia online encyclopedia.

The Ringgold County Jail was the second building that housed the county jail from its completion in 1895 until the current Ringgold County Courthouse and jail was built in 1927. (The jail was subsequently moved to a new Law Enforcement Center in 2011.) The building was sold to the American Legion who used it for its local post until 1978. It was listed on the National Register of Historic Places in 1979. Subsequently, the building has housed commercial establishments.
The basic design of the building and the steel cells were provided by the Pauly Jail Building & Manufacturing Company of St. Louis. The two-story brick building was constructed by James McCombs, a local brick mason. The building’s dimensions are roughly 38 by 27 feet. The eastern half of the building was the cell block, and an office, bath and juvenile cells were on the western half.

Ringgold County Courthouse. After three previous courthouses were lost to a tornado, fire, and condemnation, voters approved the construction of the current courthouse in 1926. The three-story brick building measures 91 by 86 feet and was built at a cost of $132,533. It was designed by the Des Moines architectural firm of Keffer and Jones and built by the L.T. Grisman Company. It joined the National Register of Historic Places in 1981.

The W.J. Buck Polygonal Barn was a historical structure located near Diagonal. It was built in 1907 and has been listed on the National Register of Historic Places since 1986. The building measured 65 feet around. The structure of the barn was basically a central octagon with a sectioned roof. Double pitch sheds surrounded the barn characterizing it as an encircling wing type. The central section was six-sided, and the wing was nine-sided. The plan appears to be the same as the one for the Lloyd Z. Jones stock barn published in Wallace’s Farmer on January 16, 1903 and again on October 25, 1907 and June 17, 1910. It has subsequently been torn down.

The Lee Shay Farmhouse, also known as the Lee Shay Farmstead, is a historic residence located near the town of Maloy. Joseph Leo Shay (1882–1961) and Teresa Cecelia Eason Shay (1890–1975) were married in 1911 and moved to this farm the following year. During their fifty years together here, they raised four daughters. They hired the Des Moines architectural firm of Kraetsch and Kraetsch to design this house. It was constructed from 1919 to 1920. A fire in one of the farm buildings in August 1920 did some damage to the structure before it was completed. It was listed on the National Register of Historic Places in 1986.
The two-story frame house’s dimensions are 33 by 25 feet. It exhibits elements that are consistent with the Tudor Revival style. Houses like this one are more commonly found in an urban area. Its farmstead location reflects Iowa’s rural prosperity at the end of what is known as the “Golden Age of Agriculture.”

Middlefork United Methodist Church. Methodist classes were organized at the Center (renamed Rose Hill) and Clipper schoolhouses in the early 1870s. The impetus to establish Middlefork Church was a six-week revival held under the leadership of the Rev. T.G. Aten and conducted by the Rev. Bill McFarland in the Spring of 1886. The schoolhouses were no longer large enough to hold the number of people who attended services. Property adjacent to the centrally located Middle Fork Cemetery was chosen for the new congregation to build a church, and all the funds necessary to build the church were in hand when construction began. Stone for the foundation was quarried on the Riley Motsinger farm a few miles north of Allendale, Missouri. The bricks and lumber came from Bedford. Local carpenters W. M. Staton and J. A. Saville oversaw the construction. Construction was begun and completed in 1886. The church building was added to the National Register of Historic Places in 1990.

Beaconsfield Supply Store is a one-story brick building in Beaconsfield. Built in 1916, it became the birthplace of the Hy-Vee chain of stores when Charles Hyde and David Vredenburg opened a general store together in 1930. The building was later used for a variety of purposes, including a telephone exchange. It was added to the National Register of Historic Places in 2007. 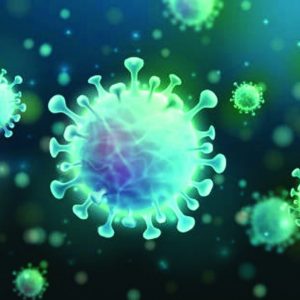 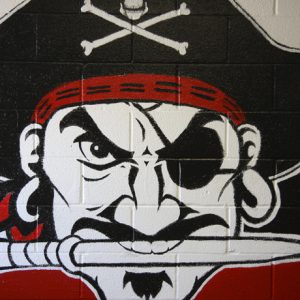