Francis Edwin Willis was born in St. Louis, Missouri, on August 25, 1942, the only child of his parents Greta and Shelby Willis. After Shelby finished his military career, the family moved to a farm near Pleasanton, Iowa, where Francis attended country school until starting high school at Leon High School. He accepted the Lord as his savior at 14 years old at Bethel Church. He graduated from high school in 1960 then attended junior college in Trenton, Missouri for a couple of years.

Francis was a worker, always doing what he had to do to provide for his family. He had numerous different jobs, but finally found one of his callings as an A.I. technician, artificially inseminating cows for customers all over southern Iowa and northern Missouri for almost 50 years. Since that wasn’t enough to keep him busy, he started working in the carpentry field and started Willis Construction 30 years ago. Francis and his crews, including all of his sons at different times, built or updated several buildings and homes throughout the area.

Throughout his life, Francis had several hobbies. He raced cars at the Ringgold County Speedway in the 60’s and 70’s and met so many friends and made some enemies! He loved nothing more than to work and tinker on cars. He passed on his love for motor sports to all of his kids, helping them demolition derby for years and providing a place for them to work on cars. In his later years, he loved to take his grandkids to demos around the area as well.

Along with racing and motor sports, Francis helped all of his kids show cattle. Even though the family lived in town in the early years, he always made sure they had a place in the country to keep calves. This hobby spread across almost 30 years by the time all the kids finished their show careers. His love of the stock show world continued as he watched his grandkids show whenever and wherever he could travel. His love for cattle continued after showing was done as he and Elaine moved to the country in 2000 where they had cows, hay and farm ground. Francis was able to work and tinker around on the farm until his passing.

Francis served his community in various ways throughout his time in Mt. Ayr. He served as a J.C., and was a member of the Mt. Ayr Volunteer Fire Department, Mt. Ayr Community School Board and Ringgold County Fair Board.

His kids and grandkids were his world. Francis enjoyed nothing better than attending their sporting events, concerts, recitals, and stock shows. He would stop everything if any of them needed something fixed or built. Francis never met a stranger…would strike up a conversation with anyone, anywhere and loved his time hanging out and visiting at Southwest Builder’s Supply, the Co-op and with his neighbors.

Francis passed away on Wednesday, June 23, 2021, at the Clearview Home in Mt. Ayr. He was preceded in death by his parents and parents-in-law Larkin and Mabel Seymour. 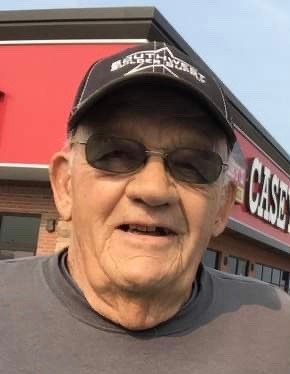