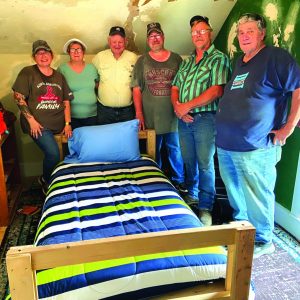 No kid sleeps on the floor in our town.
That is the mission statement of a national charitable organization known as Sleep in Heavenly Peace.
This past weekend that slogan was brought to life as volunteers from Ringgold and Union counties came together to build 20 beds for local kids in need.
Robin McDonnell, a registered nurse with Ringgold County Public Health, has been instrumental in bringing Sleep in Heavenly Peace to Ringgold County.
“With my job experiences I knew that there was a need for children in our county who need beds,” McDonnell said, “so when a friend of mine was sharing the information on Facebook about the Union County chapter, I reached out. We were able to collaborate with their active chapter to expand into Ringgold County. I am now co-president with John Walsh, and we can serve all of both counties.”
Sleep in Heavenly Peace (SHP) is 100 percent volunteer-driven and donation-driven.
With no paid employees, all donations received from individuals, service groups or corporations determine how many beds we can produce and deliver.
“I was able to quickly raise funds from local donors to cover the expenses of our first build of 20 beds,” McDonnell said. “This is just the beginning of the project. I intend to keep this going so we will continue to need donations from individuals, community groups, and businesses in the future.”
Here are some ideas of what chapters need:
• New twin-sized sheet sets and comforters
• Pillows
• Wood and other construction material for Build Days
• Tools
Volunteers then come together to prepare the wood for assembly and deliver the finished beds to applicants.
“We also will need volunteers,” said McDonnell. “Doing the build this past weekend took out a lot of younger people with little league tournaments and other family commitments. We will consider the next build date a little better next time, but we had applications needing beds and wanted to get rolling asap. This far we have only delivered the first two beds, but of the 20 beds we built, 12 applications have been received.”
The mission of SHP is to provide safe beds to children sleeping in unhealthy situations such as on the floor, with siblings/parents, or on furniture.
SHP believes that a bed is a basic need for the proper physical, emotional, and mental support that a child needs.
Like many other charities, Sleep in Heavenly Peace had its start in a garage in 2012. It was Christmas time, a time of joy and happiness, a time of giving and love, but also a time of bitter, cold weather and snowstorms. A project, that was started with the build of one bed for a single family developed into something a whole lot more.
By the end of 2018, SHP had grown into a charity spanning 44 states with 240+ chapters, and operating in four different countries.
SHP currently has 11 chapters in Iowa, including the newly merged Union-Ringgold chapter.
“I will continually be looking for donations, monetary or bedding, and anyone wanting more info or to donate can contact me at 641-344-1304,” added McDonnell.
Anyone needing a bed can apply online at www.shpbeds.org/apply. 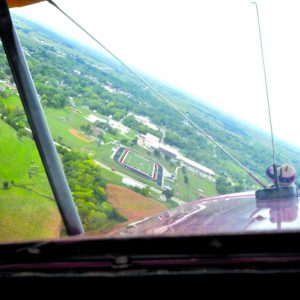