Mary Lou Letsinger was born August 9, 1937 in Ringgold County, IA to Eileen (Creveling) and Arthur Pedersen. She lived on the farm until her parents divorced where her cousin, Keith and dear friend, Beth Whitson currently live. She moved away during childhood years and returned to Beaconsfield to live with her dad, stepmother, Berneeta, brothers, Denny and Jim, and a sister, Sharon. Rex and Ann Walters currently live on this farm.
Mary Lou enjoyed working alongside her dad, caring for farm animals, raking hay and riding her horse, Dolly. She especially enjoyed going to school at Beaconsfield and playing guard on the high school basketball team that won two trophies her senior year – first place in sectionals and runner-up at district. She was valedictorian of the class of 1955.
After attending nursing school in Kansas City, she earned two degrees in Public Health Education at the University of Colorado in Boulder. She met the love of her life Bob Letsinger and they were united in marriage. She shared in several ministries with Bob. The couple moved to Lawrence, KS where Bob joined the staff of Intervarsity Christian Fellowship. Then they moved to Pasadena, CA where Mary Lou worked as a public health nurse while Bob earned a masters degree from Fuller Seminary.
During the 1960’s home was Gainsville, FL where Bob worked with Intervarsity and Mary Lou became mother to a daughter, Anne and later a son, Eric.
The family relocated to Pittsburgh which was home for several years. They were big Steeler fans. They rejoiced the 1972 Immaculate Reception! Bob was director of a unique ministry to downtown college students called Pittsburgh Power and Light housed in an 1890’s firehouse, an outreach of First Presbyterian Church. Bob was ordained at First Church in 1972 and became an assistant pastor in 1974. Mary Lou continued to raise her family and involved at Bellefield Presbyterian Church where Bob was senior pastor.
Mary Lou, Anne, Eric and Berneeta went on a Holy Land tour in 1984 led by Bob.
In the 1990’s Bob served on the faculty at Stony Brook Christian School in New York and Mary Lou was school nurse. They then moved to Washington DC where Mary Lou continued her public health career while Bob received his doctorate. A move to Philadelphia took them closer to Anne and grandchildren. Mary Lou had a home stay business housing international college students.
One of Mary Lou’s special memories was granddaughter, Hannah, playing the piano at the special concert at home of the Philadelphia Orchestra. Even though Hannah was battling a long illness. She had the strength to perform beautifully. At age 16 Hannah went to heaven far outliving her prognosis.
From Philly to Lancaster Bob and Mary Lou lived in a retirement community. Family celebrated their 50th wedding anniversary. December 2015 Bob went to be with the Lord.
Mary Lou lived in the Dominican Republic with Anne’s family before returning to the states and residing in Jupiter, FL. She left this earth August 8, 2022 with family by her side singing hymns to be with the Lord and reunited with Bob and Hannah. She lovingly left a legacy of faith.
Mary Lou was fun loving, had the gift of making others laugh and feel special. She enjoyed bird watching with Bob and relaxing on the beach with family. She was blessed with wonderful family and especially delighted in her grandchildren and attended many of their events. She also enjoyed visits to Iowa reminiscing with family and friends, eating lots of sweet corn, watching the Prairie Chicken mating dance with Bob. She lived much of her life in the city but was a farm girl at heart.
Preceding in death were mother, Eileen, father, Arthur, stepmother, Berneeta, brother, Alan Honn, husband, Bob, and granddaughter, Hannah.
Those left to cherish Mary Lou are children, Anne (Seth) Cohen, Jupiter, FL, Eric (Nancy) Letsinger, Chevy Chase, MD, grandchildren, Noah (Nathaly) Cohen, Santiago, Dominican Republic, Josiah (Erin) Cohen, Denver, CO, Isaiah Cohen, Southern Pines, NC, Sarah, Deborah and Eliyanah Cohen, Jupiter, FL, Rebecca and Fiona Letsinger, Chevy Chase, MD, brothers, Denny (Patti Jo) Caldwell, Altoona, IA, Jim (Donna) Pedersen, Mount Ayr, IA, sisters, Sharon (Tom) Carr, Mount Ayr, IA and Cathy Richards, Burlington, NC and several nieces, nephews, cousins and a host of friends.
A Celebration of Life Service was held September 3, 2022 at the First Presbyterian Church in West Palm Beach, FL.
Memorials may be given to a scholarship fund in memory of Hannah Cohen. 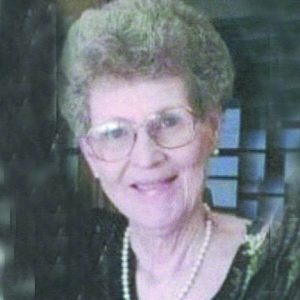