To the editor:
Iowa’s excellent public education system drew my wife and me back home in 1991.
We’ve seen the communities our schools help create. As educators, we know what excellent education looks like.
The Republican plan for private school vouchers will not encourage that excellence.
In Iowa, private schools do not report on academic progress of their students. In the past that was excused by the fact that they did not accept public funds.
The current scheme would divert more than $900 million to private schools in the next three years and it would still not require proof that private schools are as good as Iowa’s public schools.
In 2022-23, Iowa public schools receive $7,413 per enrolled student. The current scheme for private school welfare would give parents almost $7,600 per child for every year of that child’s private education, despite the fact that private elementary tuition in Iowa currently ranges from $2,800 to $6,000 annually.
Where does that excess taxpayer cash go?
Most of the benefits of this mis-begotten bill will flow to 11 of the most urban, well-off counties in Iowa.
Of the projected $900 million over three years, roughly $535 million will go to 11 chosen counties among them Polk, Dubuque, Scott, and Sioux. About $535 million will be divvied up by 48 additional counties. The remaining 40 rural Iowa counties will get nothing. Nada. Nichts. Zip. Who are these counties left out in the cold? Ringgold, Decatur, Wayne, Clarke, Taylor, and Adams are among them. Most of southern Iowa, in fact.
Your tax money will go to urban families already rich enough to pay for the personal choice of private, exclusive schools.
This scheme will send no-strings attached money to mostly urban private schools when excellent public schools fill the towns and cities across our state.
Please, take five minutes to call Rep. Devon Wood and Sen. Tom Shipley and tell them to vote against the private school voucher bill. It’s bad for Iowa.
James Uhlenkamp
Mount Ayr 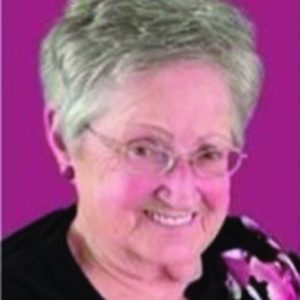 MAGA is a danger