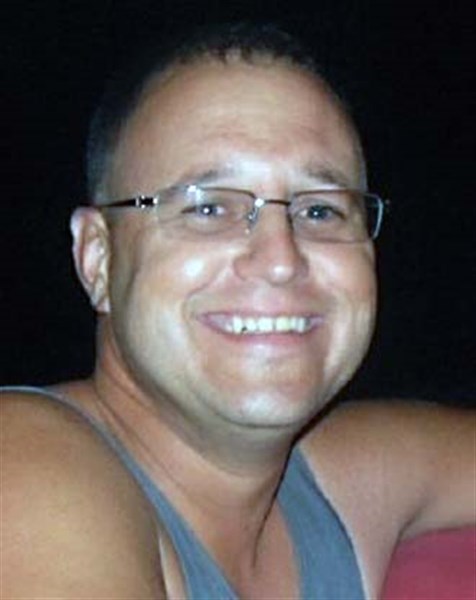 Bradley Marion West was born in Leon, Iowa on September, 20, 1979 to Sandi Jo (Smith) West and Marion Everett West.
Brad has always enjoyed farming and as a child played tractors and loved anything John Deere.  He loved the snow and playing outside. At the age of five, Brad’s mother Sandi married Richard Mandell and he, along with his brother Mathew, gained two new siblings, Catherine and Mark Mandell. They moved from the century family farm in Lamoni to Pilot Grove, Missouri and then later to Plattsburg, Missouri, where Brad graduated from high school. During their school years Brad and Mathew spent their summers on the family farm with their grandparents, Ron and Lois Smith, where they made many great-childhood memories.
After high school graduation, Brad moved back to the family farm and began to fulfill his lifelong dream of farming and starting his own business. Brad had so many wonderful mentors in his business endeavors and was so thankful for all they taught him. Within the past few years Brad expanded a row crop and cow calf operation into his dozing operation.
Brad has many great friends and made lasting and lifelong relationships. A statement they have heard many times is that Brad never had an enemy. He loved and was loved by many. Brad loved shopping for new toys and recently added a Harley Davidson motorcycle into his collection. Just a few weeks ago Brad took a road trip on the bike, with friends, to Sturgis 2013. Brad was in the process of building a new home in Kellerton. Of all of Brad’s loves, he cherished the time he had with his two nieces, Olivia and Sophia.
Brad passed away on August 22, 2013 at the family farm at the age of 33. He was preceded in death by his father, Marion West; grandparents, Gerold and Eula West, Ronald Smith and Sally Mandell, and uncles, Samuel and Wendell West.
Those left to cherish Brad’s memory include his parents, Sandi and Richard Mandell of Plattsburg, Missouri; his siblings, Mathew West and wife P.J. of Kellerton, Iowa, Catherine Meisenheimer of Boonville, Missouri and Mark Mandell and wife Pam of Saint Louis, Missouri; nieces, Olivia Claire and Sophia Isabella West; grandparents, Lois Smith of Lamoni, Iowa and William Mandell of Pennsylvania; uncles, Rod Smith and wife Connie of Kellerton, Iowa and Wayne West and wife Ida of Osceola, Iowa; aunt, Colleen West of Osceola, Iowa, and many good and dear friends.
A celebration of life for Bradley Marion West was held at Watson-Armstrong Funeral Home in Mount Ayr, Iowa on Sunday, August 25, 2013. Eulogy, memories,    scripture and message were given by                                                                                         Bill Armstrong and Pastor Barton Shields. Musical selections included “And On The Eighth Day” and “Hallelujah.” A memorial fund was established in his name to be decided later.