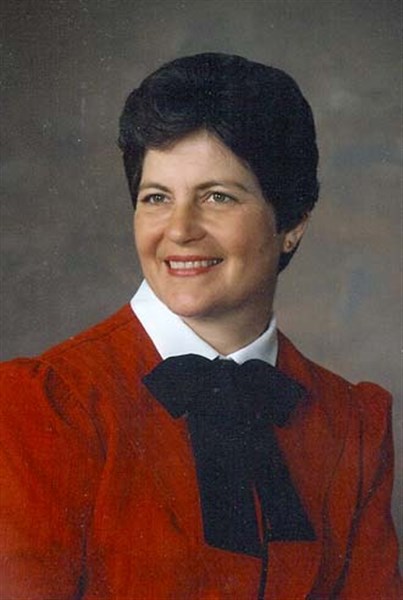 Katherine Fay Werner, 73, of Osceola, formerly of Lamoni, Iowa, died Monday, August 19, 2013, at Clarke County Hospital, Osceola, Iowa. Funeral services were Friday, August 23, 2013, followed by a luncheon at Pearson Family Funeral Service, 809 W. Montgomery Street, Creston. Pastor Karen Norton, River Of Life Assembly Of God, Creston, officiated. Interment was at the Oakland Cemetery in Shannon City, Iowa.  Memorials may be directed to the American Cancer Society.  On-line condolences may be left at www.pearsonfuneralhomes.com.
Katherine Fay Werner, the daughter of Harold James and Daisy Bernice (Miller) Bennett, was born on July 9, 1940 in Dexter, Iowa. Katherine graduated from Arispe high school with the class of 1958. On August 17, 1958, she married Fred Werner at the Arispe Methodist Church and recently celebrated their 55th anniversary.
Katherine lived near Tingley for 15 years. In 1973 Katherine and Fred moved to a farm west of Lamoni and lived there for 40 years. Last year they moved to the Osceola area. Katherine was a homemaker and farm wife and worked beside her husband on the farm. She and Fred raised two of their grandchildren for about 10 years. Katherine loved her flowers and tending to her vegetable garden. She was a great cook and loved preparing food for her family. Katherine was never idle.
Katherine was a 4-H leader for many years and served on the 4-H County Council for eight years.  Katherine also served as a Girl Scout leader. She was a member of the American Legion Auxiliary in Mount Ayr and was a life member of the Arispe Methodist Church.
Left to cherish Katherine’s memory are her husband, Fred Werner of Osceola, Iowa; her daughter, Colleen (Bruce) Peterson of Earlham, Iowa; her son, Barry Werner of Prescott, Iowa; her three grandchildren, Annette (Richard) Kaster of Macksburg, Iowa, Jerry (Linda) Werner of Creston, Iowa and Katherine Peterson of Earlham, Iowa; her sister, Helen Case and significant other, Wayne Gridley of Kent, Iowa; her sister-in-law, Berva Bennett of Salem, Oregon, and many nieces, nephews and other relatives.
Preceding Katherine in death were her parents; her brother, Robert Bennett; her sister, Romona Shrader; her brother-in-law, Dean Shrader, and her great-grandson, Easton Werner.