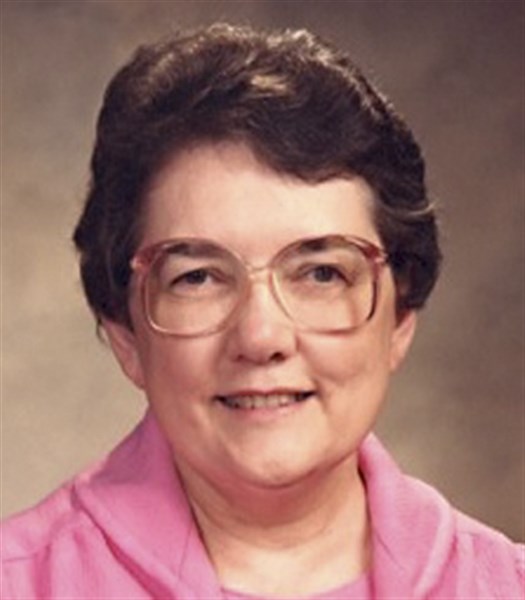 A memorial service for Jacquelyn Ann Mosher, 87, of Lawrence was held Tuesday, October 29, 2013, at the First Christian Church in Lawrence. Private family graveside services were at Oak Hill Cemetery. She died October 25, 2013 at Lawrence Memorial Hospital.
Jackie was born May 18, 1926 in Fort Smith, Arkansas the daughter of Lawson Lee and Eula Mae (Biggs) Towry.
She received a bachelor of music degree in organ from Phillips University in Enid, Oklahoma.
Jackie was a homemaker and served Christian Churches (Disciples of Christ) as president of C.W.F. and served churches in Kansas, Iowa and Illinois as organist, pianist, choir director and lay leader while her husband served these ministries as pastor. Jackie retired in Lawrence in April 1986 and became a member of First Christian Church of Lawrence serving as an elder and in many other capacities.
She married Clyde E. Mosher on December 19, 1947 in Wichita, Kansas. He preceded her in death September 16, 2008.
Her legacy continues on in her church community at First Christian and in her family, four sons, David and wife Edna of Lawrence; Richard and wife Shirley of Sioux Falls, South Dakota; Paul and wife Kathleen of Lawrence; James of Topeka, Kansas; a daughter-of-choice, Debby Mosher of Lawrence; seven grandchildren, Philip, Stephen, Sarah, Nicholas, Jon and Kassia Mosher and Suzanna Green; six great-grandchildren, and many nieces and nephews. Jackie was preceded in death by her husband, her parents, and several brothers-in-law and sisters-in law.
The family will greet friends immediately following the memorial service at the church.
Memorial contributions may be made in her name to First Christian Church and may be sent in care of the Mortuary.
Online condolences may be sent to www.warrenmcelwain.com.