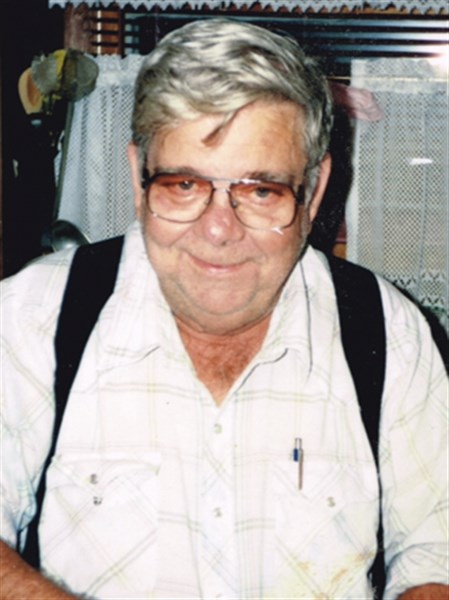 Rex parked his truck for the last time on November 2, 2013. He was born to Albert and Gene Snethen in Mount Ayr, Iowa on September 19, 1934. Heaven gained an amazing angel who was a husband, father, grandfather, great-grandfather, uncle, brother and friend.
After graduating from Mount Ayr high school in 1953, he joined the U.S. Army, where he served in Germany as an aircraft mechanic instructor for five years. He later served in Korea and Fort Eustis, Virginia as an aircraft mechanic instructor. In Fort Eustis, Virginia he met the love of his life, Suzanne. They were married on August 20, 1960 in Elizabeth City, North Carolina, where after the ceremony the U.S. Army required they return to their separate barracks.
During their 53 amazing years of marriage, they had two wonderful children, Kelly and Darrell, and together they chose to take their family and reside in Green Bay, Wisconsin.
During his 30-year career at Schneider Transport and over three million miles, “Sexy Rexy” still stated that the best years were when he trained his son, Darrell, to drive. Together they enjoyed the last three years of dad’s driving career.
Rex cherished his family and would do anything for them. Some of his happiest times were those spent with his grandchildren and great-grandchildren. “Papa” would always light up when they came running for that big hug or to fill that distinguished place in his lap.
Rex is survived by his loving wife, Suzanne; his children, Kelly Snethen and Darrell (Dawn) Snethen; grandchildren, Danielle (Scott) Warren, Michael (Maggie) Wallace, Jayme Ferris, Jennifer Snethen, Andy (Kelsey) Snethen and Bryan Snethen; great-grandchildren, Riley and Hailey Warren, Dominic Snethen, Bentley Alsteen and another due in June, 2014 (which Rex said it will be a boy and he is always right); his brother, Joe (Betty) Snethen, and his sister, Roena (Calvin) Adams, all of Mount Ayr, Iowa, and numerous nieces and nephews, relatives and many, many friends.
Rex fought one hell of a fight battling his lung cancer with style and dignity. He always had a positive attitude and took it day by day.
Rex was preceded in death, by his parents, Albert and Gene Snethen; sisters, Mildred, Mary, Kathleen, Ona, Vera and Vesta; in-laws, Harold and Ruth Weaver, and one son-in-law, David Wallace.
A funeral service was held on Wednesday, November 6, at Shrine of the Good Shepherd Mausoleum in Green Bay, Wisconsin. Military honors followed. Burial was at Nicolet Memorial Gardens. To leave a message for the family, please visit www.NewcomerGreenBay.com.