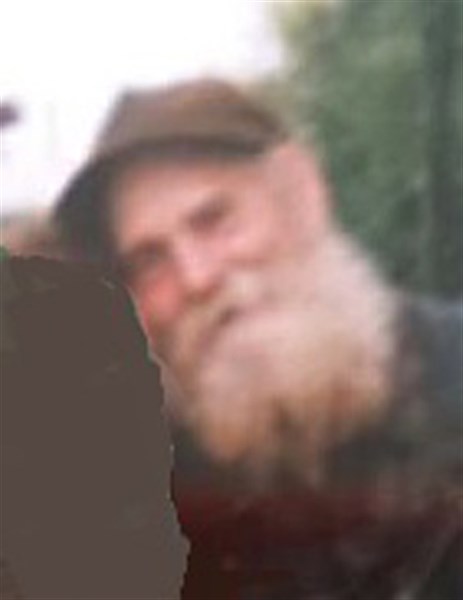 Merlin Duane Clement, son of Carl and Stella (Jerome) Clement, was born in Central City, Nebraska on September 2, 1926. Merlin lived most all of his life in and around Hopeville, Iowa. In 1957 he married Gertrude L. Lawrence and became a dad to Nadine and Joe. Joe passed away at the age of five from the German Measles. Merlin was also known as “Whiskers” or “Goatman” around Hopeville.
Over the years he farmed, worked on the railroad, worked construction, cut and sold wood, had a salvage yard and did odd jobs for people. He raised goats as the milk helped his stomach. Merlin loved listening to the radio. He seldom bought anything new and never threw anything away. His wife, Gertrude, passed away in 1983. After Nadine moved away, if Merlin wanted her to come visit, he would send her a letter with a blank piece of paper in it and she knew he wanted to see her.
Due to health reasons, Merlin became a resident of Clearview Home in Mount Ayr and he passed away there on November 21, 2013. He was preceded in death by his parents; wife; son, Joe; sister, Sylvia Hoyt; brother, Myron Clement, and a nephew, Danny Hoyt.
Survivors include his daughter, Nadine (Robert) Dryer of Ellston, Iowa; grandchildren, Tonia (Mike) DeLong of Geneseo, Illinois, David (Mindy) DeLong of Peru, IA, Shane (Melissa) DeLong of Clinton, Iowa, Lisa (Josh) Conn of Ellston, Iowa and Robert (Gretchen) Dryer of Maquoketa, Iowa; great-grandchildren, Kayla (Bryce) Fuller of Maquoketa, Iowa, Megan (Cody) Nimrick of Atkinson, Illinois, Tiffany (Kylie) DeLong of Newton, Iowa, Melissa Edwards of Orient, Iowa, Christa DeLong of Peru, Iowa, Alex DeLong of Clinton, Iowa, Brandon DeLong of Clinton, Iowa, Daniel Glaspie of Peru, Iowa, Gunner Glaspie of Peru, Iowa and David DeLong of Peru, Iowa; great-great-grandchildren, Elijah Nimrick of Atkinson, Illinois and Oliver Fuller of Maquoketa, Iowa; brother-in-law, Don Hoyt of Afton, Iowa; nieces, Sue Rota of Hopeville, Iowa and Sandy Hoyt of Des Moines, Iowa; nephews, Jerry Hoyt of Osceola, Iowa and Edward Hoyt of the Quad Cities, and other relatives and friends.
Memorials are to the family. Watson-Armstrong Funeral Home in Mount Ayr was in charge of the arrangements.