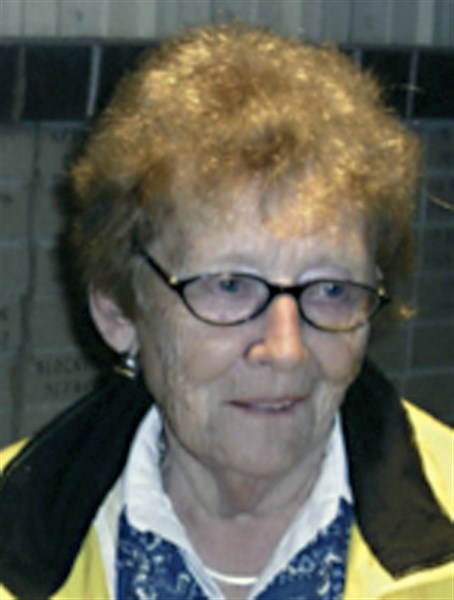 Edith Campbell passed away December 10, 2013 in Des Moines, Iowa. Edith, the daughter of Mary (Quick) and LeRoy Stephens, was born February 27, 1923 in Ringgold county Iowa. She attended country school at the Miller school, starting high school in Redding, Iowa and graduating from Blockton high school.
In 1941 she was united in marriage to Jack R. Campbell and for most of their life made their home in Blockton on Redding Road; the same road she was born on; a fact that made her very proud.
Edith retired from the Taylor county assessor’s office and was very active in the Blockton community. She loved spending the winters in Arizona, even after Jack passed away. Even though she lived in Des Moines the past few months, Blockton, Iowa was still home.
Survivors include her three children, J.R. (Ann) Campbell of Topeka, Kansas, Allen (Sandy) Campbell of Arvada, Colorado and Lisa Campbell-Patterson of Des Moines, Iowa; four grandchildren; six great-grandchildren; her sister, Edna, and numerous nieces, nephews and cousins.
Edith was preceded in death by her husband, Jack, and her son-in-law, Pat.
A celebration of Edith’s life will be held on Friday, December 27, 2013, at the Blockton community building at 11 a.m. with burial at Rose Hill Cemetery in Blockton. A luncheon will follow at the community building.
In lieu of flowers, donations may be directed to the Town of Blockton, Iowa. Online condolences may be expressed at www.HamiltonsFuneralHome.com.