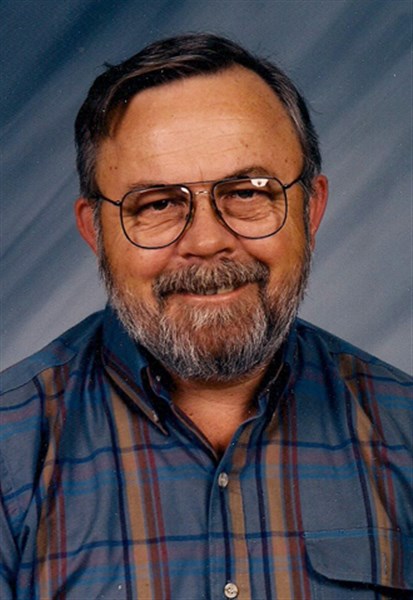 Husband, father, grandfather, brother, uncle and friend, Gary Lyle Reed lost his life to cancer on March 18, 2014, in Wasilla, Alaska. He spent his last days at home surrounded by the people he loved, in the state he loved.
Gary was born on July 4, 1942, to his parents, Lyall E. Reed and Marcene M. (Morgan) Reed of Hamburg, Iowa. He lived his early years in Hamburg and Plattsmouth, Nebraska. When his father joined the Army, he and his mother moved to live with his grandparents, Claude and Cora Lee Morgan. His time on his grandparents’ farm near Westboro, Missouri resulted in some of his most cherished childhood memories.
When Gary’s father returned from his service in WWII, the family moved to Midway, a rural community near Northboro, Iowa. During their time in Northboro, his father was the proprietor of an auto repair shop and gas station, most likely fueling Gary’s later love for automobiles and mechanics. Gary attended elementary schools at Hillsdale Country, Farragut and Northboro schools, all in Iowa.
When Gary was 16, he and his family moved to Hamburg, Iowa, where he graduated from Hamburg high school in l960. Following graduation, he became an expert barber, while attending college in Sioux City, Iowa. Later on Gary joined the U.S. Army and spent six years in active duty during the Cold War years, with the majority of his service spent in Germany. There Gary was able to explore Europe and make many long-lasting memories, such as throwing a coin in the Trevi Fountain and “borrowing” a chair from a German tavern.
Following discharge from the U.S. Army, he enrolled in college at Iowa Western Community College, Clarinda, Iowa. During his time there, Gary met Marcia Saville and they became husband and wife in l968. Gary next attended Northwest Missouri State College in Maryville, Missouri, where he received both his bachelor of science degree and masters degree in teaching in l970. While living in Maryville, Gary and Marcia were blessed with the birth of their son, Jeffrey Lyall.
Upon Gary’s graduation, the family moved to Louisville, Nebraska, where Gary taught wood shop at Papillion junior high. Staying on the move, the family eventually moved to Platsmouth where they were blessed with daughter Lisa Ellen.
Gary was always up for an adventure, so when the opportunity to move to Alaska presented itself in 1982, Gary packed up the family and hopped on the Alaska-Canada Highway. Once in Kodiak, Gary became a teacher in the Kodiak high school system, teaching auto shop, wood shop, fisheries and small engine repair. While living on Kodiak, Gary fulfilled many of the items on his wish list, such as becoming a boat captain, commercial fisherman and a pilot. His love of the outdoors allowed him to take advantage of all Alaska offered. His entire family joined him in all of the activities he loved and, as a result, fishing and hunting trips became annual traditions.
After 20 years of teaching, Gary retired in l997 and moved to Soldotna, Alaska on the Kenai Peninsula. He enjoyed his retirement fishing, hunting and making lifetime friends. He then moved to Wasilla in 2003 to be closer to his children and grandchildren. In Wasilla he found many dear friends and became a well-known member of the thriving poker community. There he enjoyed many evenings joking with good friends, eating good food and perfecting his card skills. One could always find Gary in a crowded room by looking for his signature cowboy hat. That cowboy hat, along with his laugh, rebel spirit and cantankerousness (or adventurousness), made Gary the man so many people love and admire.
Gary is preceded in death by both parents, Lyall E. and Marcene M. (Morgan) Reed. He is survived by his wife, Marcia (Saville) Reed; son, Jeffrey Reed and daughter-in-law, Heather; two grandsons, Jared and David Reed of Eagle River, Alaska; daughter, Lisa E. Reed, of Wasilla, Alaska, and his sibling, Kathy and her husband, Mike Moody, of Hamburg, Iowa.
A potluck celebration of life will take place at the American Legion #35 in Wasilla on Saturday, April 26 beginning at 2 p.m.