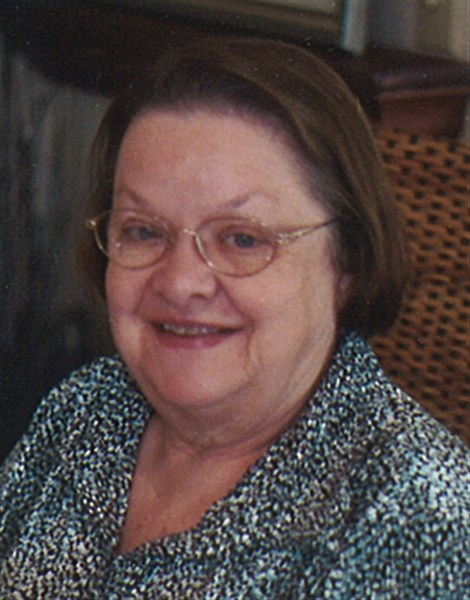 Judith Elaine Jobe Pottorff was born at home, north of Mount Ayr, Iowa to David Lyle and Genevieve (Lockwood) Jobe on May 28, 1940. In 1941, the family moved to Tingley, Iowa where she lived until her marriage.
Judy attended all of her school years in Tingley; graduating in 1958.
Judy married Greg Wood in 1958 and one son, Michael Greg, was born to this union. In 1963, Judy and Jim Pottorff were married and to this union, Monte Dale and Barbara Diane were born. She loved her children dearly. Judy spent a lot of time outside working alongside Jim with all the farming. They lived on the farm southeast of Mount Ayr for 32 ½ years before moving to Mount Ayr in 1998. Judy was a farm wife, mom, grandma and homemaker. She found time for having children in her home as she babysat since she was 10 years old. Over the years, Judy also worked outside the home at Western Mutual in Des Moines; McNeiley Drug and Mitchell Drug Store in Mount Ayr and the Family Resource Center-loving the kids daily. She enjoyed collecting antiques, dolls and angels. She also collected friends which were important to her as she belonged to Forget-Me-Nots, Second Childhood Doll Club, Antique Club, Ringgold County Hospital Auxiliary and Queen Mum Court of the Red Hat Club.
Judy passed away at her home in Mount Ayr on May 30, 2014. She was preceded in death by her parents; husband Jim; son Monte Dale Pottorff; grandparents Jacob and Minnie Lockwood and George and Linnie Jobe.
Survivors include her son Mike Wood and wife Mercedes of Los Angeles, California and her daughter Barbara Pottorff of Altoona, Iowa; grandson Nicholas Wood, who she adored and Mercedes children, who became her grandchildren, include Kevin, Kenneth and Kristoffer Averion; and great-granddaughter Rosalind Violet; her special grandchildren Leigh, Mike, Anne and Kate James; step-son Bill Pottorff and wife Katie of Diamond Bar, California and their children Alex and Adam; step-daughter Vicky Sherwood and husband Dave of Des Moines, Iowa; step-grandchildren include Jennielle Palmasano and her children Cole, Logan and Kylee and Jason King and wife Catrina and their children Trent and Jayden; brothers and sisters Elizabeth Welsh of Fort Calhoun, Nebraska, Jim Jobe and wife Glenda of Sun Lakes, Arizona, Jerry Jobe and wife Mary Lynn of Darien, Illinois, Ginger Lynch of Des Moines, Iowa; her close friend Hank Smith of Mount Ayr; her best friend since age three, Norma Jean Jones, other relatives and friends. A memorial fund has been established in her name to be decided later.
Services were held at Watson Armstrong Funeral home Tuesday, June 3 with Pastor Ed Shields officiating.
Musician was Douglas Greene. Honorary Pallbearers were Tam Miller, Greg Jobe, Robb Lynch, Jeff Jobe, Shane Welsh and Kelly James.
Burial was in the Tingley Cemetery.