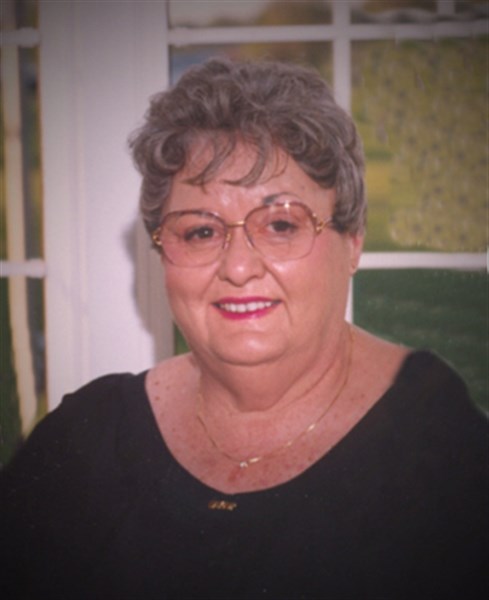 Jo Loudon, 77, of Creston, died Wednesday June 18, 2014, at the Clearview Home, in Mount Ayr. Services were Monday, June 30, 2014 at the Powers Funeral Home at the junction of Highways 25 and 34 in Creston. Burial was at Graceland Cemetery.  Open visitation, with family receiving friends was on Monday, June 30, 2014 at Powers Funeral Home in Creston. Memorials are to be determined. Online condolences may be left under the obituary category of http://www.powersfh.com.
Jo Rees Loudon was born March 21, 1937 on the rural homestead in Mount Ayr, Iowa to Ellen Lottie Barnett and Ralph Rees. She graduated from Mount Ayr High School in 1955. After graduation she settled in Mount Ayr where she worked for ASCS doing clerical work.  On April 21, 1966 Jo was united in marriage to Robert Douthirt Loudon. They moved to Glenwood in 1968 and Jo was an active mother. In 1970 they moved to the Creston area and did clerical work for FHA until 1976, and she was the General Manager and Office Manager for SIRWA until retiring in 1984. Jo was a member of the First Presbyterian Church, community card club and RS Prussia Group.
Survivors include her husband Robert Loudon of Creston; son Tim (wife Karen) Loudon and grandson Tyler of Creston; one sister Mari McGehee of Mount Ayr; sister-in-law Virginia Rees of Clinton and many nieces and nephews. She was preceded in death by her parents, brother William Rees and her brother-in-law Max “Ike” McGehee.