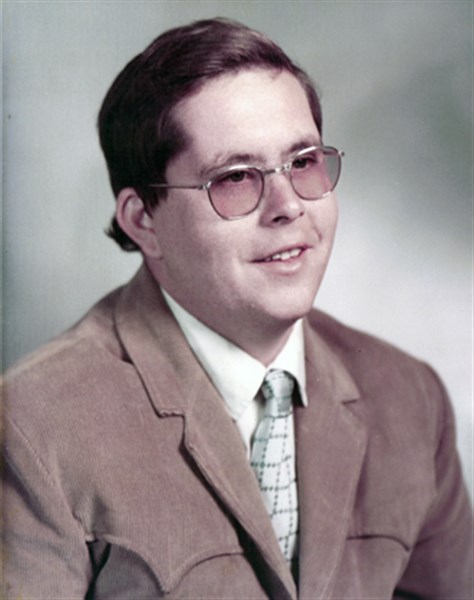 Sherman L. Bathurst, son of Samuel Sherman and Phyllis LaVon (Gaule) Bathurst, was born January 24, 1954 in Creston, Iowa. Sherm was raised at Clearfield and attended Clearfield and Lenox schools. In 1987, he moved to Creston where he lived the remainder of his life. Sherm worked at Sheltered Workshop, which later became Innovative Industries and had also worked at McDonalds.
Sherm was a fun-loving man that had a sense of humor. In his younger years, he helped his dad and mowed the yard; although the mower had a strange way of “not-starting” if it was too hot or his TV program was on! He looked forward to the annual summer vacation trips with Uncle Mike and Aunt Ethel, Michelle and Larry. Sherm had a built-in alarm clock and got them going each morning. Sherm did not have children of his own but he loved his nephews, great nephews and great niece.
Sherm passed away June 27, 2014 while at Creighton University Medical Center in Omaha, Nebraska. He was preceded in death by his parents and grandparents, Cliff and Leota Gaule and Guy and Mary Bathurst.
Those left to cherish his memory include his sister Michelle Brammer and husband Larry of Clearfield; nephews Bruce Brammer and Wade Brammer and wife Kristine; great nephews Samuel Eugene and Cameron Ryan Brammer and great niece Shayna Ann Davis; numerous aunts, uncles, cousins and friends.
A memorial fund has been established for the new community building at the Clearfield School. Arrangements by Watson-Armstrong Funeral Home in Clearfield and Mount Ayr.
Services were held at the United Methodist Church in Clearfield on Tuesday, July 1 with reverend Shurmaine McAlpine officiating.
Casketbearers were Rodney Monk, Rick Monk, Rocky Monk, Rusty Monk, Jack Campbell, Joey Campbell, Jim Campbell and Jay Campbell. Honorary pallbearers included Mike Gaule, Gary Gaule, Roger Monk, Sam England, Grover Mains and Al Brammer.
Burial was in the Clearfield Cemetery.