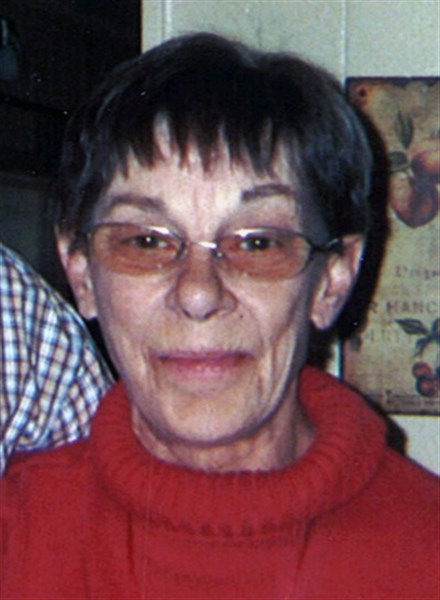 Judy Ann Fletchall, daughter of Albert R. and Helen G. (Hamilton) Stevens, was born at St. Francis Hospital in Maryville, Missouri on June 24, 1949. Judy grew up at Grant City and on June 1, 1965, she married Charles Leroy Fletchall. Judy and Charlie lived in Grant City and she worked at the Grant City Cap Factory before the birth of her son, Jeff. Shortly after the birth of Jeff, the family moved to Mount Ayr which would become her home. The birth of Cindy completed the family and Judy was a stay at home mom until her children had started school.
Judy was a people person and loved to visit and that was a benefit as she became a waitress at various places in Mount Ayr including The Shamrock Café, Red Carpet, Sale Barn Café, Ruth’s Steak House, Small’s Corral and the Office Bar & Grill. Most recently, she would open up Lefty’s Club tavern.
Judy loved to camp and as the children were growing up, weekends were spent camping and fishing and enjoying the outdoors. The family made trips to the State Fair before Jeff and Cindy graduated high school. Judy loved her flowers and gardening. She would love to get a game of cards playing if anyone was willing. Most of all, Judy loved her family and her grandchildren. They were the “apple of her eye”.
Judy passed away August 22, 2014. She was preceded in death by her parents.
Those left to cherish her memory include her husband Charlie Fletchall of Mount Ayr; children Jeff Fletchall and wife Becky of Mount Ayr and Cindy McDermott and husband Bill of Ankeny, Iowa; grandchildren Hannah Fletchall, Hope Fletchall, Haylee Fletchall, Jaxx Fletchall, Ben McDermott and Emily McDermott.
A visitation was held at Watson-Armstrong Funeral Home in Mount Ayr on Monday, August 25, 2014 from 6 to 8 p.m. A memorial fund has been established in her name.