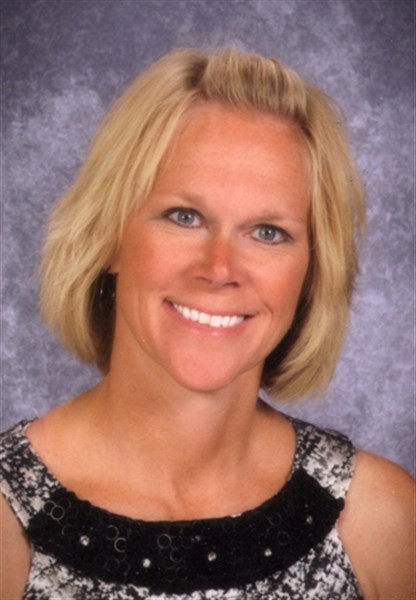 On September 23, 2014, the world lost one of its most beautiful smilesever created.  Michelle Lynn (Pomerenke) Bedier gained her heavenly wings and emersed into eternal rest after fighting an inspirational battle with breast cancer.
Funeral services were Monday, September 29, 2014 at 2 p.m., at the Federated Church, followed by burial at Bondurant Cemetery.
Michelle was born November 18, 1968 in Sheldon, Iowa, daughter of Jerry and Carol Pomerenke. Michelle graduated from Sheldon Community High School in 1987 and continued her education at Buena Vista College where she earned a teaching degree. As an elementary teacher, Michelle excelled and passed on her love to hundreds of kids fortunate enough to have her.  She first taught at Diagonal Community Schools before moving to Bondurant, where she touched lives for 20 years.  Anyone who ever met her was a better person after the fact, whether a parent, student, or fellow teacher.  She of course had a passion for teaching but her love for her family was unprecedented.  She cherished the time that she could attend her children’s school activities and sporting events. She gave up coaching to raise her family, and was the rock of the family, doing virtually everything that came along.  She cannot be replaced, but she has taught us so much about how to live life day to day.
Michelle is survived by her husband of 16 years, Jeff; children, Tanner (15), Lexi (12), and Hallie (9); her mother, Carol Pomerenke, with whom she had a very special relationship, and Carol’s special friend, Dave Reiners; her father, Jerry Pomerenke; mother-in-law, Peggy Bedier; sister-in-law, Kristy Jarred; and many aunts, uncles, nieces, nephews, cousins, and friends.  Michelle was preceded in death by her brother, Steve; father-in-law, Lloyd “Boots” Bedier; and both her maternal and paternal grandparents.
Memorial contributions may be directed to her children’s college funds, as she would want them to excel on to further education.
Despite all of her pain and suffering from cancer, she never lost that great smile or her faith in God and His plan.