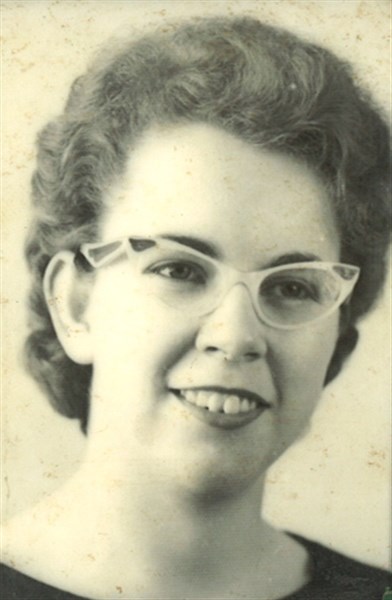 Judy Kay Fifer, daughter of Michael Homer and Beulah Lorrene (Collins) Fry, was born January 13, 1946 in the Clarke County Hospital in Osceola, Iowa. Judy attended Central Decatur School. Judy lived in Van Wert, Leon and Decatur while growing up. She was working at Tripps Nursing Home when she was introduced to a young man named Paul Fifer for a blind date. They enjoyed a night of square dancing and they soon knew that they would soon be married. On June 12, 1966, Judy and Paul were married in the Assembly of God Church in Leon, Iowa.  Paul was serving in the US Army and they lived in Kansas for a short time before moving back to Leon and working at Westview Acres.
Paul enlisted in the US Navy and they moved to Waukegan, Michigan where they lived for one year. In February 1969, they moved to San Diego, California and on March 7, 1969, Reeta was born. In June 1971, they moved to Long Beach, California for the next four years. On May 14, 1975, Brenda was born in the Long Beach Naval Hospital. The family lived in Orange, California for two years. Judy and the girls returned to Kellerton in August 1977 and lived there while Paul was in Okinawa. After his return, they all moved to Selfridge A.N.G. Base, Mount Clemons, Wisconsin in September 1978. On September 5, 1979, Patricia was born. The family moved to Florida in June 1982 and Paul retired from the US Navy in 1984. The family returned to Leon and lived there from 1984 to 1989. Kellerton became and remained there home since 1989.
Judy was a loving wife, mother and grandmother. She loved her family and enjoyed time spent with them.
Judy passed away in her home after a courageous battle with cancer on October 19, 2014. She was preceded in death by her parents and brother Johnny Fry.
Those left to cherish her memory include her husband Paul of Kellerton; daughters Reeta (Jerry) Murphy of Fairfield, Iowa, Brenda (Randy Chumbley) Fifer of Kellerton, Iowa, and Patricia (Rick Putney) Fifer of Leon, Iowa; grandchildren Cassidy Simpson, Jennifer L. (Joseph) Kohnekamp, James L. Dowler, III, and Dakota Lee Putney; brothers Eugene (Sharon) Fry of Leon, Iowa and Frances (Linda) Fry of Colfax, Illinois; nephew Kevin Fry; nieces Kim Smith and Angela Scharfenberg; other relatives and friends.
Visitation will be held on Thursday, October 23 from 4 to 8 p.m. at Watson-Armstrong Funeral Home in Mount Ayr, Iowa.
Funeral services will be 10 a.m. Friday, October 24 at the funeral home with Pastor Kathy Johnston officiating. Burial is in Maple Row Cemetery in Kellerton. A memorial fund has been established in her name to be decided later.