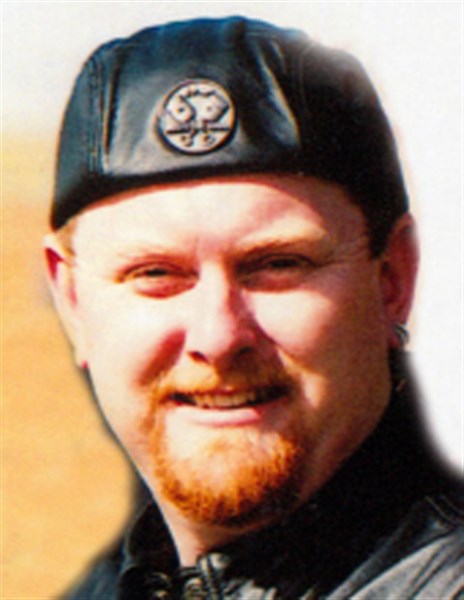 William “Willie” John Clark, 49, of Collins, passed away Wednesday, October 22, 2014.
Willie was born March 8, 1965, in Keosauqua, Iowa to William Clyde Sr. and Sherry (Lee) Clark. He graduated from Mount Ayr High School in 1983 and was united in marriage to Sherridee Richardson on August 12, 2006 at the Ashton Chapel outside Baxter. Willie had worked as a mechanic for Merril Axel and Wheel Service for 25 years and enjoyed Harley Davidsons, fishing and hunting.
Willie is survived by his wife, Sherridee of Collins; his mother, Sherry Stubbs of Grimes; his sons, Aaron (Megan) Enright-Clark of Ankeny, Dustyn Earles of Collins; his daughters, Kaitlin Clark of Des Moines; Victoria Richardson of Urbandale and Genevieve Clark of Collins; his brother, William Clyde Clark III; his sisters, Jacqueline (Mike) Riddle of Florida and Beth Ann Clark of Creston; and his grandson, Rory Jude Clark-Craft. He was preceded in death by his dad; and sister, Valerie Sue in infancy.
Memorial services were Tuesday, October 28, 2014, at the Maxwell Christian Church in Maxwell with Reverend Doug Franklin officiating.
Memorial contributions may be made to the family in loving memory of Willie.
Bacon Funeral Home in Nevada is handling arrangements.