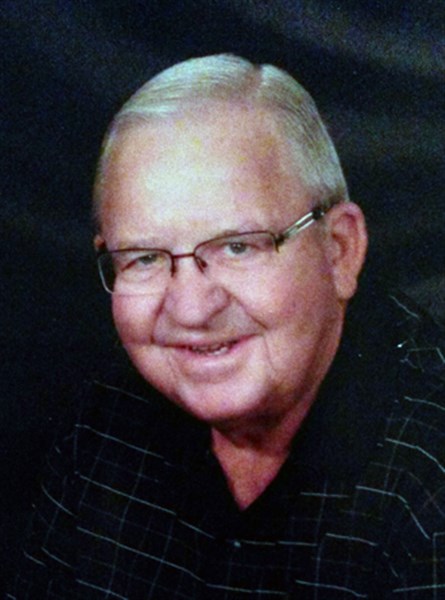 James (Jim) Jobe passed away peacefully on November 7, 2014 in Chandler, Arizona surrounded by his family. Jim was born to Genevieve and David Jobe on February 21, 1939 in Tingley, Iowa.  He married Glenda Wood on June 7, in 1957 and spent the next 56 years by her side. He is survived by his wife Glenda, son Jeff (Vonna) Jobe of Winterset, daughter, Denise (Paul) Rueschhoff of Leawood, Kansas and son, Greg (Michelle) Jobe of Ellston and “Swedish daughter” Eva (Ulf) Forsberg of Stockholm, Sweden.  Jim leaves behind his grandchildren, Landon Jobe, Lauren (Alex) Lacaeyse, Jacob (Emily) Jobe, Joshua Jobe, Jeston Jobe, “Nigerian grandson” Thomas Vincent, Anna Rueschhoff, Mary Rueschhoff, Wiley (Carrie) Main, Quincy Main, “Swedish granddaughter’s” Beatrice and Isabelle Forsberg and three great grandchildren, Louden and Calvin Main and Quinn Emilia Jobe. Jim is also survived by his siblings, Elizabeth Welch, Omaha, NE, Jerry (Mary Lynn) Jobe of Darien, Il and Ginger Lynch of Des Moines and numerous nieces and nephews.
Jim began his career in Mount Ayr as co-owner of J & J Implement selling and servicing John Deere tractors and equipment.  Jim also enjoyed farming and became owner of Jim Jobe, Chevrolet, Buick and Pontiac until he retired in 2001 to spend his retirement years in Sun Lakes, Arizona and traveling around the country.
Jim spent as much time as possible golfing, playing cards with friends and doing woodworking in his workshop. He brought much laughter to his grandkids playing Uno and cards and marbles.  He and Glenda loved to travel around the United States and abroad to Australia, New Zealand, Denmark, Sweden and Finland.  He was loved for his quick wit, recounting of stories, sense of humor and his ability to start up a conversation with everyone he encountered.
A celebration of Jim’s life will be held on Wednesday, November 26th from 2:00 to 5:00 at the Sun Valley Lake Club House.  Memorial contributions may be made to the James E. Jobe Scholarship Fund for Mount Ayr Community High School.
“If there is another world, he lives in bliss.  If there is none, he made the most of this.” Robert Burns