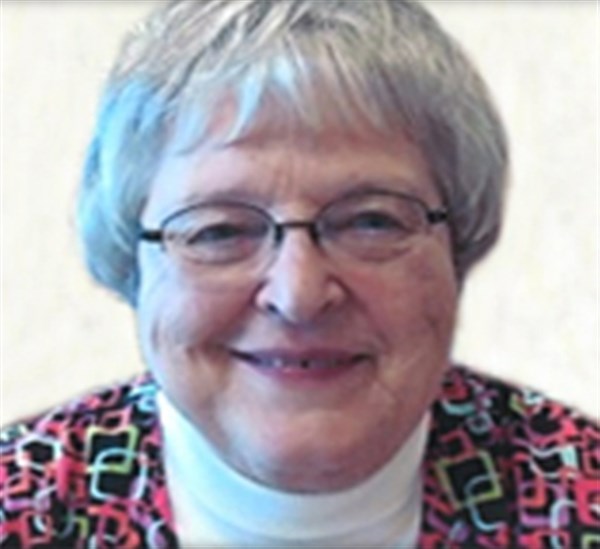 Bryce Daneen (Carl) Bear was born October 26, 1944 in Jefferson, Iowa to Gordon Harris Carl and Berea Cleda (Sill) Carl. Bryce graduated from Paton High School in Paton, Iowa.  After high school she went to X-ray school at Iowa Methodist in Des Moines. During this time she met the love of her life Teddie.  On July 24, 1965 she was united in marriage to Teddie Ray Bear in the Paton Methodist Church in Paton, Iowa. To this union two children were born, Daneen Ranee who passed away in infancy and Angela. They settled in the rural Ellston and Bryce worked as a dental assistant at Dr. Lawhead’s Dental Office in Mount Ayr for many years.
Bryce passed away Friday, November 21, 2014 at her home with her husband, Ted by her side. No funeral service will be held. Burial will be held at a later date at the Oliver Cemetery. Memorials may be directed to the HCI Care Services.
Bryce was preceded in death by her parents; daughter, Daneen Ranee in infancy; brother, Bary Carl. Left to cherish her memory are her husband, Teddie Bear of Ellston; daughter, Angela (Randy) Pottorff of Des Moines; sister, Donea Shane of Albuquerque, NM; sister-in-law, Sandy Carl of Marshalltown; two grandchildren, Alexandria Pottorff and Nixie Pottorff both of Des Moines; nieces and nephews, Craig (Rebecca) Shane, Lynnea Shane, Chris Carl, Todd (Polly) Carl and Brad (Melissa) Carl.