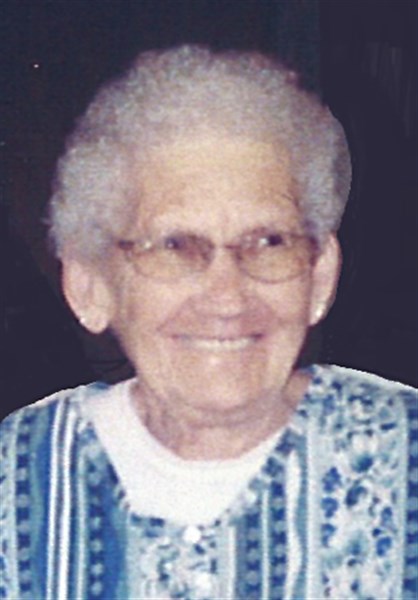 Faye LaDene McKinney Brown, age 81, passed away November 26, 2014 at the West Bridge Care & Rehabilitation in Winterset, Iowa.
She was the daughter of Faye and Percy McKinney of Macksburg, Iowa.
LaDene was born March 25, 1933 in Downey, Barnock County, Idaho. She married Ronald Joe Brown on August 28, 1960 in Creston, Iowa. He was the son of Arthur Brown and Jesse Swain. He was born October 13, 1932 in Grundy Center, Iowa and died January 28, 1969.
LaDene graduated from Macksburg High School in 1954. She moved to Creston in 1958 and then to Kellerton in 1969. To this union, a son, Ronald Paul Brown was born on September 8, 1962. He resides in Keswick, Iowa. There are two grandchildren; Austin (wife Donna) Brown and Renee Brown. Austin has two children, Blake and Brooke. Renee has a son, Luke.
LaDene is also survived by a brother Paul McKinney and his significant other, Mary Williamson of Mount Ayr and a sister Maurine and husband George Schmidt of Lorimor, Iowa; two step-sons, Mike (Rose) Brown of Tulsa, OK and Bruce Brown of Creston; several nieces and nephews.
LaDene never drove a car; however, she had a Sunday paper route for 25 years. She maintained and had a good route. LaDene always had a good garden. She loved to can with her mother, Faye Milligan. You never went to her house but when you left you had something in your hand.
Services were held Monday, December 1, 2014 at the Watson Armstrong Funeral Home with Pastor Terry Roberts officiating.
Active casket bearers were Sandi and Wayne Tucker, David and Norma Decker and Doris Jackson.
Honorary casket bearers were Darrell and Marilyn Nelson and Myron and Shirley Ingram.
Burial was in the Graceland Cemetery in Creston, Iowa.
A memorial fund has been established in her name.