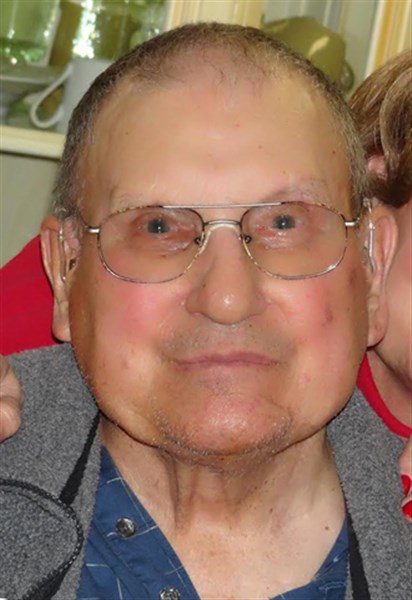 Carl J. Hullinger, age 89, a longtime resident of Belen, was born December 27,1924, in Tingley, Iowa, and passed away on Friday, November 28,2014.
In 1956, Carl worked for Russell Bloomingshine at his dairy on Gun Club Road and then for Russell’s son on South El Cerro Loop. At one time Carl also worked for Henry Mock and Sprout Homes. Carl worked for Belen Sand and Gravel. In 1964 Carl went to work for Sandia Laboratories. He worked there until he retired in 1990. On Fridays, you could find Carl at the Belen Cattleman’s Livestock Auction and Saturday’s at the Valley Cattleman’s Auction on S. Broadway. Carl served on the Water and Soil Conservation Commission for 25 years. He also worked for his son-in-law for six years at Nature’s-Way Compost.
On July 14, 2007, Carl’s active life came to a stop. He suffered a major stroke. For two weeks, his daughter thought he was going to die, but when his sense of humor came back, she knew he was going to live. Carl never gave up trying to recover from his stroke. His goal was to walk again, but to his disappointment he never was able to. After Betty’s death in December 2007, Carl wasn’t able to live at home by himself due to his stroke. He moved to Sierra Springs Assisted Living and lived there for three years. He then moved to Senior Living Systems and lived there until his passing. The family would like to thank the caregivers at Senior Living Systems for taking good care of Carl.
He was preceded in death by his wife, Betty; brothers, Donald, Harold and Danny.
He is survived by his son, Terry Hullinger and wife, Marguerite, of Georgia; daughter, Peggy Cox and husband, Rick, of Bosque Farms; four grandchildren. Erica, Chad, Jimmy, Carl and Matthew; eleven great grandchildren, Taylor, Holly, Elijah, Sarah, Savannah, Morgan, Erik, Elin, Grade, Makayla, and Makynzi; sister, Betty Goff and huband, Bob, of Washington State; brother, Jim, and wife, Rosemary, of Iowa; sister, jane Lamascus and husband, Jim, of Oregon; and sisters-in-law, Oralyn Hullinger and Kay Hullinger, both of California.
Services will be held at First Baptist Church of Los Chavez, on Saturday, December 6, beginning with a visitation at 9:30 am, followed by a Memorial Service at 10 a.m. officiated by Brother Boyd Morerod. Interment will take place at Sunset Memorial Park in Albuquerque.
Arrangements are being handled by the caring professionals at the Noblin Funeral Service Los Lunas Chapel, 2211 -D Main St., (505) 866-9992.