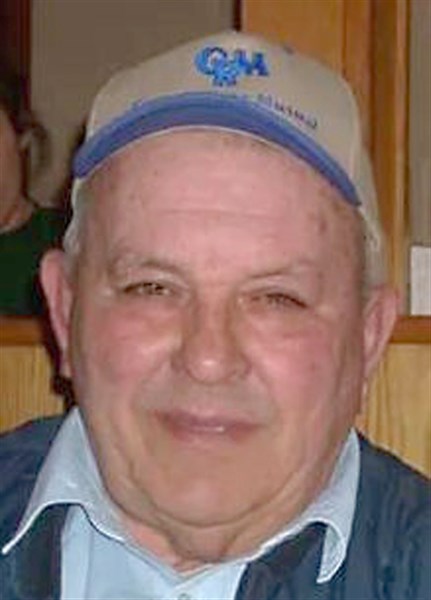 On December 11, 2014, Robert “Bob” Earl Shields hauled his last load. Destination Heaven. His big heart finally gave out.  Bob was born January 18, 1936, to Cleo Earle and Georgia Elizabeth (Johnson) Shields on the farm west of Lamoni, Iowa.  He was the first born of three boys. Bob lost his Dad on March 31, 1955, just as he was starting his adult life.
In 1955, he met the love of his life, Margaret “Margy” Elaine Akers. They were married on December 31, 1955, in Clarinda, Iowa. In 1956, they welcomed a daughter, Connie Sue. In 1959, along came a son, Cleo Earle and in 1967, a son, Curtis Lee, completed their family.
Bob worked most of his life as a trucker.  He worked for Dailey trucking in Grand River. He and his partner, Bud, purchased the trucks from “Dailey” and formed the company “Double B Incorporated”.
In 1970, Bob and Margy purchased the bar in Lamoni, which became known as “Bob’s Place”.  In 1978, they sold the bar and he purchased a rock truck.  He hauled rock until 2014, when his health would no longer permit him to.
Bob lost the love of his life unexpectedly in February of 1999. He continued to live on the farm west of Lamoni until late October 2014, when he moved to Crown Colony.
He was preceded in death by his wife, Margy; his parents; his parents in-law, Otto and Frances Akers; one sister-in-law; and four brothers-in-law.
Left to treasure his memory are his children, Connie Shields-McCarl  and Richard of Des Moines, Cleo Shields and Joyce of Lamoni, and Curtis Shields and Kathy of Lamoni; grandchildren, Travis Shields, Tara Shields and Cody Shields; great grandchildren, Kolby Hansen, Kaleb Hansen, Sierra Shields and Kadan Hansen; brothers, Roy Shields and Ellen and Roger Shields and Maxine; sisters-in-law, Bonnie Stuck, Mary Klinkefus, and Shirley Akers; brother-in-law, Dan Akers and Marilyn; and a host of nieces, nephews, cousins, and many, many friends.
The family wishes to thank the doctors and nurses who have cared for Bob during the years of his heart disease. Also a special thanks to the staff at HCI and Lamoni Manor for taking such good care of him in his last days.
Memorial services were at the Lamoni Community of Christ Church in Lamoni, Iowa at 10 a.m. Wednesday, December 17, 2014. Burial was in the Rose Hill Cemetery, Lamoni, Iowa.  Arrangements were through the Slade – O’Donnell Funeral Home of Leon and Lamoni, Iowa.A memorial fund has been established by the Family.