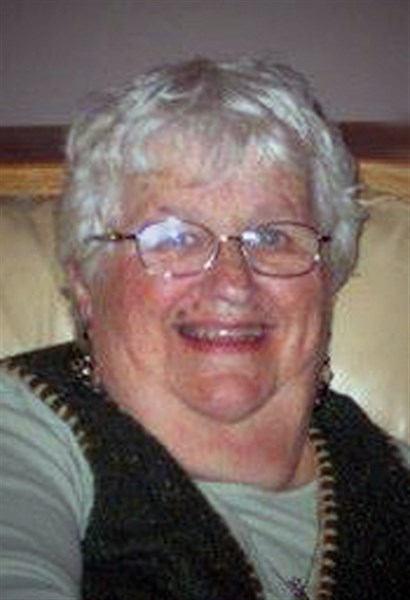 Bettye Coates, 80, of Indianola, died Monday, January 5, 2015. Burial will be at Rose Hill Cemetery in Mount Ayr at a later date.  An Open House with Family and Friends to celebrate Bettye’s life was held in Indianola in Smith Chapel’s Dirlam Lounge at Simpson College on Saturday, January 10. Memorials can be made to the Mercy Hospital Cancer Center. Online condolences can be given at http://www.powersfh.com. Powers Funeral Home in Creston is assisting with arrangements.
Bettye Kathryn (Mahan) Coates, daughter of James Edwin Mahan and Etta Catherine (Lucas) Mahan, was born on January 21, 1934 in Mount Ayr, Iowa. She graduated from Mount Ayr High School in 1952. After High School, Bettye worked for the Iowa Southern Utility Company; she met Jack Eugene Coates, who was working right next door for Northwestern Bell Telephone Company. Bettye and Jack were united in marriage in Maloy, Iowa on June 5, 1955.
In 1963, the family moved to Creston and Bettye began her 28 year career as a School Secretary, first at Crest Center and then Lincoln Elementary. She soothed many children and also their parents during her career. After retirement, Jack and Bettye moved to Allen, Texas. They lived in Allen for six years, where Bettye volunteered at the Allen Hospital. They returned to Iowa in 2006 and lived in Indianola. Bettye was a member of the Catholic Church.
Bettye was known for her great sense of humor, ability to cook a great meal for all who were hungry and most of all her tremendous heart.  She was a loving wife, mother and“ Mugga” .
Bettye is mourned by her husband of 58 years, Jack Eugene Coates, three  daughters: Becky (Dan) Kenealy of Liberty, MO.; Julie (Gary) Hill of Indianola; and Amy (Kenneth) Groff of Farmersville, TX;  two sons: Mike (Dianne) Coates of Indianola and Jeff (Madonna Warren) Coates of Altoona; one brother James Mahan of Leon; 18 grandchildren and 19 great-grandchildren.  She was preceded in death by her parents and two sisters, Dorothy Caskey and Gertude Baker.