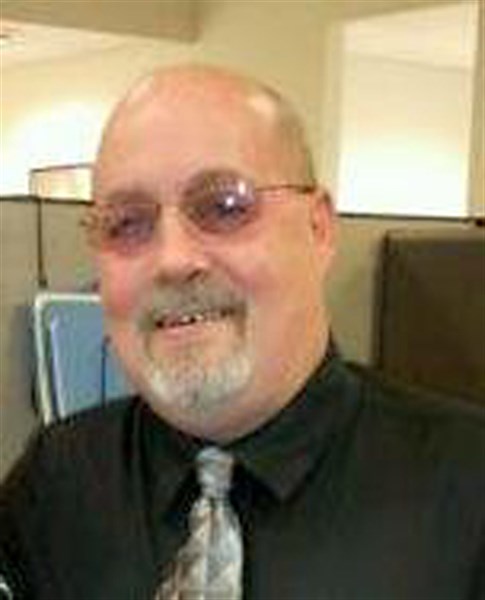 Kevin Hugh Walters, 50, of Prairie View, Texas and formerly of Wayland, died suddenly Tuesday, January 20, 2015 in Bedford, Texas.
Mr. Walters was born at the Ringgold County Hospital in Mt. Ayr, Iowa on March 20, 1964 to Keith O. and Jean M. Rusk Walters. He grew up in southeastern Iowa and graduated from Waco High School in 1982. He excelled at football and track.  He was an all-conference running back his senior year and set several track records in the 800 meters, 1600 meters and the 3200 relay, that still stand.  He attended UNI and then moved to Phoenix in 1987.  He began as a flight attendant with what was then America West Airlines and after many mergers he was currently analyst and crew scheduler in administration for American Airlines.
He was a loyal employee and proud of his airline.  His coworkers have commented that he was always willing to help anyone especially those that were new to the job. Scheduling could get very stressful and when it was, he was always calm and knew how to solve tough problems. He was “sassy” but patient and compassionate at the same time.
Mr. Walters will be remembered by his friends and family as a fun-loving, generous, thoughtful person while also being opinionated and ornery with a quick laugh and wickedly dry sense of humor.  He was an “all or nothing” kind of guy.  One of his friends described him as having a “hard outer shell that covered the most tender heart; onion on the outside a marshmallow on the inside.”  He was committed to his family:  a thoughtful loving son, brother and uncle.  His nephews and nieces meant the world to him and they adored him.  He will be greatly missed.  In honor of his father, a heart and kidney recipient, Mr.Walters final gift to others in this life was organ donation.
Kevin is survived by his parents, Keith & Jean Walters of Wayland; sister, Kristy Heffner and her husband Wayne and their children Kaleb, Karis and Kirah of North Liberty; brother-in-law, Todd Liddell and his sons Dalen and Rolan of North Liberty, Ryan and Hannah Liddell and their sons Josiah and Bo of Kalona, and Colin and Rachel Liddell and their son Caemon of North Liberty; and brother Kody Walters and his wife Lauri and their sons Keegan and Killian of Tiffin.  He was preceded in death by his sister Kelly Liddell.
A Celebration of Life was held Saturday, January 24, 2015 at the Wayland Mennonite Church where Kevin was a member. Pastor Wayne Heffner will officiate.  According to Mr. Walters wishes, the body has been cremated and inurnment will be held at a later date. There will be no visitation.  In lieu of flowers, the Kevin Hugh Walters Memorial has been established.