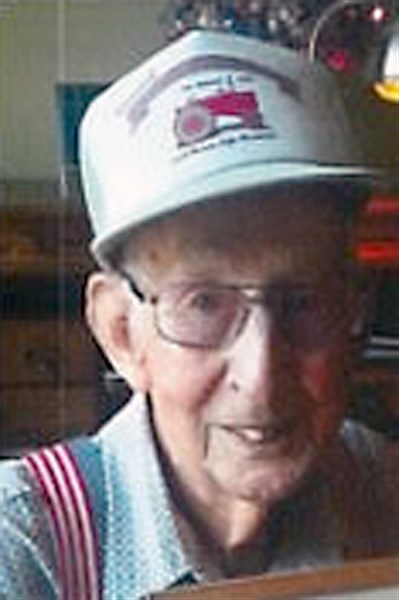 Dwight M. Bramon, 95, of Nampa, passed away on Monday, January 5, 2015, at a local care center. A graveside service was held at 1 p.m. on Friday, January 9, 2015 at the Meridian Cemetery, 895 E. Franklin Road, Meridian, Idaho. Dwight was born in Delphos, Iowa, to Fred B. and Luella (Young) Bramon on July 24, 1919. He grew up in Iowa and was a graduate of Delphos High School. He joined the U.S. Army and served during WWII.
Dwight married Nuel E. Feldman on September 9, 1953 and they made their home in Fairfield, Iowa, for several years before moving to Osceola, Iowa, in 1956. Dwight was a conservation officer with the Iowa Fish and Game. They moved to Creston, Iowa, in 1957. In 1962 Dwight and Nuel operated a Dog ‘N Suds drive-in at Norfolk, Nebraska. They returned to Iowa in 1966, settling in Burlington where they built a new home. In August of 1974 Dwight and Nuel moved to Idaho to be near his brothers, Cleo and Otto Bramon. He has called Idaho his home ever since. Dwight and Nuel enjoyed spending their retirement years fishing and camping.
Dwight was preceded in death by his wife Nuel on October 18, 1998.
Dwight is survived by his nephews: Larry Rose, Gary Rose, both of Seattle, Washington, and Franklin Bramon of Nampa, Idaho; a niece: Norma G. (Foland) Becker of Lamoni, Iowa, along with other extended family members.
Services were under the direction of Accent Funeral Home, Meridian, Idaho. Remembrances may be left for the family at www.AccentFuneral.com.