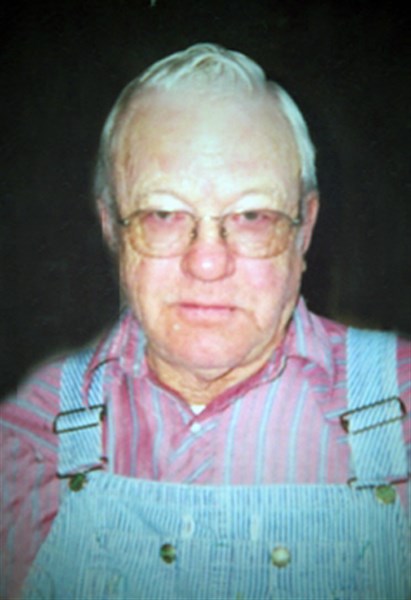 Robert “Bob” Loudon, 85, of Creston, died Sunday February 1, 2015, at Crest Haven Care Centre, in Creston.
Services will be 10 a.m. Thursday, February 5, 2015 at First Presbyterian Church in Creston. Pastor Jim Woodward will officiate. Burial will be at Graceland Cemetery with military flag presentation provided by Theodore J. Martens Post 1797 of Creston. Open visitation will be from 2 to 7 p.m. Wednesday with family receiving friends from 5 – 7 p.m. on Wednesday, February 4 at First Presbyterian Church in Creston. Powers Funeral Home is assisting with arrangements. Memorials are suggested to Friends of 4-H. Online condolences may be left under the obituary category of www.powersfh.com.
Robert Douthirt Loudon was born March 8, 1929 to Myrtle (Douthirt) Loudon and Ray Loudon. He graduated from Amity High School in College Springs, Iowa and continued his education obtaining his Bachelor Degree from Iowa State University. Bob served his country as a part of the United States Air Force.
On April 21, 1966 Bob was united in marriage to Jo Rees in Oklahoma.
They lived briefly in Mount Ayr, before moving to Glenwood in 1968 working as a soil conservationist. In 1970, they moved to the Creston area where Bob was the Soil Conservation Service Office Manager and later the district manager; retiring in January of 1986. Bob was a member of the First Presbyterian Church in Creston, and also worked RAMP (Rural Abandon Mine Program).
Survivors include his son Tim (wife Karen) Loudon and grandson Tyler of Creston; two sisters-in-law, Mari McGehee of Mount Ayr; and Virginia Rees of Muscatine and several nieces and nephews. He was preceded in death by his parents, his wife Jo in 2014, and two brothers-in-
law, Willaim Rees and Max “Ike” McGehee.