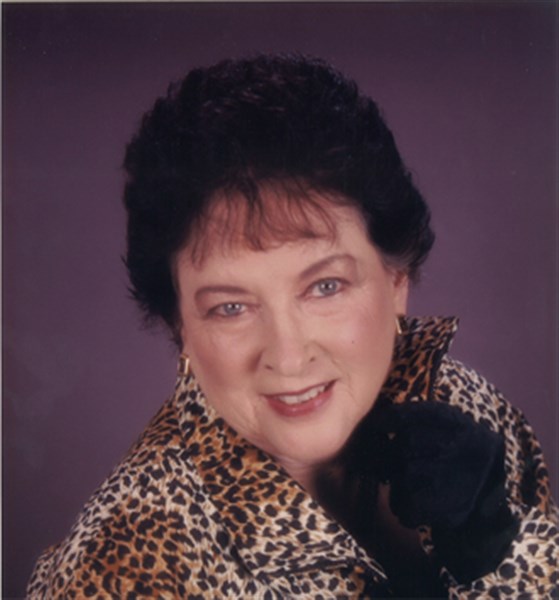 Freda Darlene Shields was born August 30, 1925 south of Mount Ayr to Claude (Bill) and Lula (McLain) Shields.  She later welcomed younger brother Forrest.
Freda attended country school in Caledonia through the 8th grade.  She graduated from high school in Delphos in 1943.
After graduation, Freda traveled to Des Moines, Iowa where she attended college studying business.  While at college she became a lifetime member of the Beta Sigma Phi sorority.   While there, she worked at the egg processing factory.
Freda was a free spirit, life was a journey, and she wanted to see and experience all that life had to offer. She made the most out of her international membership to the sorority and stayed in very close contact with many members. She lived in Alaska for a time before making her home for the next thirty years in Florida.  While living in Miami, she worked at the Miami Herald as a secretary.  She later worked as a teller at Barnett Bank in Miami and then at Ocala Bank in Ocala, Florida, where she eventually retired.  Freda, being a people person, enjoyed the people that banking allowed her to meet as well as having people visit her in Florida.  She further loved and took great joy in her nephew David; his wife Kim, and their young daughter Amber, visiting her in Florida.  While in Florida, Freda always returned to the farm south of Mount Ayr for a week or two in the summer.  She enjoyed spending time with family and friends as well as listening to the family heirloom player piano.
Freda kept the same high standard her father had of “taking care of business first”, as Bill would have said. After doing just that, her independent nature sent her all over the United States and parts of the world.  Travelling was her passion.  She visited all 50 states in her lifetime, bringing home a plate from each state as a keepsake.  She enjoyed telling her great-nieces and nephew about the things she saw and did while in each state.  Freda also travelled to many countries in Europe and Jamaica.  Souvenirs she brought back for her family and friends will always be treasured.
Freda returned to Iowa in the late 1980s when her father, Bill, needed more help in his aging years.  After his passing in 1994, Freda decided to stay in Mount Ayr where her friends and family were.  She took care to supervise the farm, always letting David know what needed to be done, plus did her daily chore of feeding the farm cats.  Freda had several hobbies, including sewing, cooking, dancing, and her involvement in Antique Club.  She maintained contact with her sorority friends through the exchanging of regular letters and phone calls.  She enjoyed the comradely of the meal site with her good friend, Virginia Powell.  Freda later moved to Clearview Home in 2013 which was the last leg of her journey.
Although Freda never had children of her own, she enjoyed her niece and nephews’ children.  They fondly remember trips over to Freda’s peach house to see the treasures from her travels. Many begged and pleaded to be the lucky one to pick out the music roll to be played on the player piano.  Freda’s “children” were her cats, Precious and Joy.
Freda passed away at Clearview Home in Mount Ayr on February 22, 2015. Freda was preceded in death by her parents, Bill and Lula Shields, brother Forrest Shields, and sister-in-law, Carmeta Shields.
Along with many friends near and far, those left to cherish the memory of Freda are her nephew, David Shields, wife Kim of Mount Ayr; niece Nancy Greenberg, husband Neal of Elkhorn, Nebraska; great-nieces Amber (Brian) Fooken, Alicia Shields, and April Shields all of Mount Ayr, Ashley (Mike) Denker of Omaha, Nebraska, and great nephew Aaron Greenberg of Sioux Falls, South Dakota; great-great-nephew Trey Fooken, and great-great-nieces Kenleigh Fooken, and Avery and Tess Denker.
Open visitation will be held at Watson-Armstrong Funeral Home in Mount Ayr on Friday, February 27 from 12:00 p.m. to 8:00 p.m. with the family present on Saturday, February 28 from 1:00 p.m. to 2:00 p.m. Funeral services will begin at 2:00 p.m. Saturday with Pastor Bart Shields officiating. Music will be provided by Nancy Sackett, Mary Davenport and Melanie Knapp. Burial will follow in Rose Hill Cemetery. A memorial fund has been established in her name to be decided later.