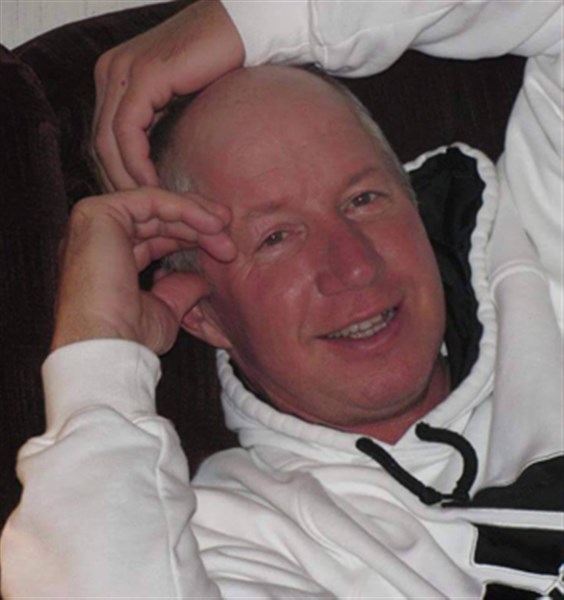 Rodney Wayne Ward was born December 28, 1959 in Mount Ayr, Iowa to Robert Lawrence and Deloris Marie (Abell) Ward.  Wayne graduated from Mount Ayr High School in 1978.
Wayne was united in marriage to Charlotte Lott on July 18, 1981 in Mt. Ayr. To this union three daughters were born, Natasha, Stacia and Heather.  They later divorced. Wayne was a very loving father. He cared for his three girls and loved sharing the milestones in their lives.
He operated a delivery truck for Coca-Cola and later for Anderson Erickson. He was a very dedicated employee and had a great love for his job and everyone he came in contact with whether it was a customer or people he would see at each stop. And once the work day was through it was time to make his rounds to visit friends and family.
Wayne loved sports whether he was participating, going to a game or watching an NFL football game on tv. He loved Lifetime movies and Bonanza. Wayne was a member of the Mount Ayr Golf and Country Club. He shared his love of golf with his daughters and grandkids and was always up for a round on the course. Wayne also was a dedicated Kansas City Chiefs fan, win or lose! Of all the things that Wayne enjoyed, the time spent with his kids, grandchildren, and close friends was most important to him.
In December of 2010 Wayne shared his life and love with Erika Shields-Wilmes and her son, Collier.
Wayne passed away February 19, 2015. He was preceded in death by his parents.
Left to cherish his memory is his significant other, Erika Shields-Wilmes; three daughters, Natasha (Mike) Hensley of Kearney, MO, Stacia Ward (Robert Martin) of Benton and Heather Ward of Smithville, MO; step-son, Collier Wilmes of Mount Ayr; sister, Renea Clymer of Mount Ayr;  four brothers, Rob (Deb) Ward of Minneapolis, MN, Randy (Arlene) Ward of Maryville, MO, Mack (Jeanine) Greene of Mount Ayr and Marty (Mindy) Lesan of Kellerton; six grandchildren, Jaden and Jacee Hensley, Bryson, Bralyn and Bryant Martin, Brea Williams. As well as a host of family & friends who loved him.
Watson-Armstrong Funeral Home in Mount Ayr is in charge of the arrangements.
Officiating was Rev. Ed Shields at the United Baptist-Presbyterian Church.
Casketbearers were Mack Greene, Marty Lesan, Logan Ward, Brandon Greene, Luke Ward and Nick Tussey.
Burial was at the Rose Hill Cemetery in Mount Ayr. Memorial fund is at the Mount Ayr Golf and Country Club.