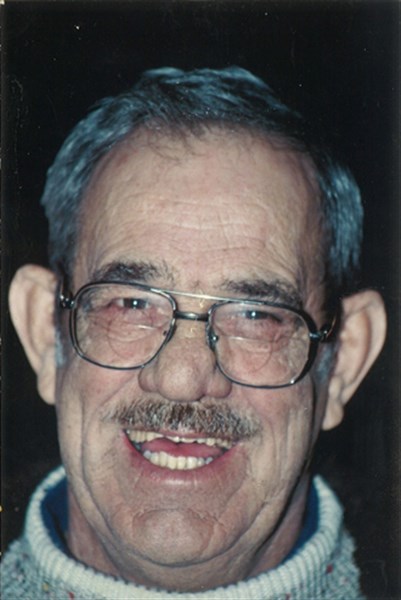 Marion Lavern Stark, son of Wilbert “Neil” and Goldie (South) Stark, was born on a farm north of Grand River, Iowa on July 29, 1938.
Marion better known as “Zeke” to family and friends was raised on farms around Grand River and graduated from Grand River High School.  On April 19, 1958, he was united in marriage to Donna Lee Reed and they were able to celebrate 56 years of marriage.
Marion and Donna raised their family in and around Kellerton, except for spending a few years in Loveland, Colorado.  There he worked for Dick Ross building houses.  Marion’s passion was the Rocky Mountains, and regardless of the weather or how much snow was on the ground, Marian and Jackie Ross packed up their families and took them four wheeling and camping almost every weekend.  Marion returned his family to Iowa to be around family and his many friends.
In addition to him working as a farm hand, he worked at Lamoni Co-op, managed Kent Feed and Grain, worked as a plumber with his father in-law, Oscar Reed in Kellerton, and later with his brother in-law, Jackie Ross in Cumberland.  He also worked for TEK Builders in Mt. Ayr driving a truck where he made many friends: Soup, Balls, Gabby and Bart, just to name a few.  He later owned Kellerton Oil and Tire, a venture that was not a very profitable asset.  If you couldn’t pay your debt, the work was still completed.  In 2006, Marion contracted West Nile Virus which enhanced his Alzheimer’s Disease and his ability to continue working.
Marion always made sure his family was provided for, even on a poor man’s pay.  He took them on vacations and to the Iowa State Fair every year.  At Christmas, the kids didn’t get a lot but they got at least one small thing they asked for.  His pride and joy was his entire family.  He was known to pick on his family and friends and no one within his reach was immune to his tactics.  Marion served on Kellerton Volunteer Fire Department for many years, with the majority of those years as Fire Chief.  Outside of his family his other pride and joy was his ’49 Ford.
Marion passed away March 7, 2015. He was preceded in death by his parents; father-in-law Oscar Reed; grandchildren Noah Jonathon Edwards and Ava Jaibree Frost; brothers-in-law Jackie Ross & wife Bonnie and Melvin Doolittle; and nephew Donnie Ross.
Those Left to cherish his memory include his wife Donna Stark of Kellerton; children Mike & wife Brenda Stark of Kellerton, Jacki Stark of Kellerton, Billy Stark of Grand River, Janie Stark of Mount Ayr, Denny Stark of Grand River, and Joe & wife Tammy Stark of Kellerton; 19 grandchildren and 25 great grandchildren with one more on the way; siblings Eloise (South) Chandler of Victorville, CA, Carolyn (Stark) Spicer and husband Richard of Gentry, MO, and Darwin & Ellen Stark of King City, MO; mother-in-law Loreen Reed of Mt. Ayr; sister-in-law Judy Doolittle of Kellerton; brother-in-law Gene & wife Cathy Reed of Ellston; nieces, nephews, other relatives and many good friends.
Services were provided by Watson-Armstrong Funeral Home in Mount Ayr with Pastor Bart Shields officiating and a memorial in his name.
Honorary Pallbearers were Jim Tull, Harold Cooper, Bob Kibbe, Garey Wollums, Richard Ross, Tom Giles, Brett George, Larry Campbell, Paul Brand, Wilma Terwilliger and Bart Parker.