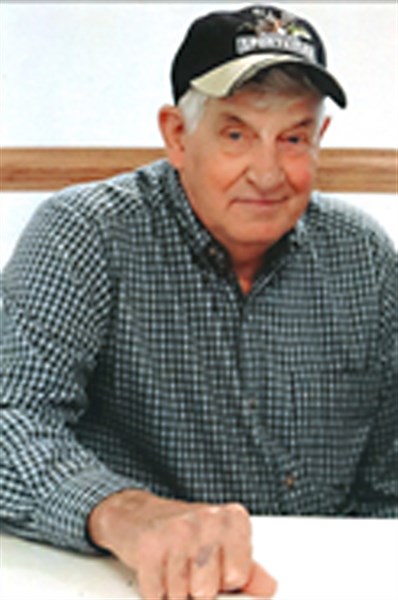 John Rolla Brown, the fourth child of Leonard and Arlie May Brown was born on February 27, 1945 in Loveland, Colorado. The family moved back to the Grand River area soon after, where he lived until he was a young man.
When John was 5 years old, after returning home from his first day of kindergarten, he was playing with matches and set a leaf pile on fire. He rode his little red wagon through the fire. John’s clothing caught fire, and he was engulfed in flames. From this, he suffered severe burns, especially to his left leg. Many doctors, surgeries, skin grafts and long hospital stays were a big part of John’s early life.
John grew up in Grand River, Iowa and attended school in the Grand Valley school district.
In 1964, John married Sharon Hubbard. To this union, one child was born, an adopted daughter, Gina Jolene Brown. They later divorced.
John and Ronda L. Scott were married on May 13th, 1980. One child was born to this union, an adopted son, Jeffrey John Brown.
John loved auto mechanics and he was a mechanic at heart. In his younger years he participated in claim stock racing. John was somewhat of a rogue in his youth. He drove hard and was a dare devil behind the wheel, attempting many feats that others said was impossible. He loved his “old Chevys” and was always working on one or even more. He could make any old 6 cylinder, 3 speed Chevy hum and get more performance out of them than ever thought possible. He had the “knack.”
For several years, John ran a mechanics shop in Kellerton, serving the people of the town and surrounding area. John also worked for Horace Havens in Leon, Iowa and on several Decatur and Ringgold area farms. He drove a fuel truck for Kellerton Tire Company for many years. John also worked for Wicker Construction out of Des Moines, where he was badly injured in 1995, and forced into retirement.
John loved to joke and laugh and he had a most distinctive belly laugh- certainly- one you could pick out of a crowd. Yep, you could say he was a “good feeler.” John enjoyed coon hunting, fishing, building hot rods, and going to flea markets.
John succumbed to cancer on Saturday morning, June 6th, 2015.
Left behind to cherish his memories are his devoted wife Ronda of 35 years, daughter Gina Jolene and husband Doug, son Jeffrey John and wife Jessica, granddaughters Taylor and Hallie Still . His siblings, Dale Brown and wife Joann, Joyce Rose and husband Carroll, Sherry Blaisdell and husband Larry, two step brothers Max and Rex Hileman, sister-in-law Becky Giles and husband Tom Giles, his best friend Randy Johnson and many nieces, nephews and friends. John also leaves his beloved dogs Jack, Red and Clare with whom he spent many hours.
John was preceded in death by his parents, Leonard and Arlie Brown; sister, Doris German and brother-in-law, Bill German.
John accepted Jesus as his Lord and Savior on October 10th, 2014 and is now and forever without pain and suffering. As John flies with the angels and we look to the sky, we can almost hear him whisper, Good-Bye Dear Friends, I will see you there.
Services will be held at the Watson-Armstrong Funeral Home in Mount Ayr, Iowa on Thursday, June 11, 2015 at 10:30 a.m. with Pastor Dale Short officiating. Honorary casketbearers will be Doug Rose, Ron Rose, Russell Smith, Doug Still, Gene Adams, Carroll Rose, Blain Scott, John Phelps, David German, Randy Johnson, Chris Brown, Rick German, Gene Brown, Tim Brown, Randy German, and Tom Giles. There will be a luncheon at the United Baptist Presbyterian Church in Mount Ayr following the service. Family burial will be in the Maple Row Cemetery at Kellerton, Iowa on Sunday, June 14, 2015 at 2:00 p.m.  A memorial has been established in his name.