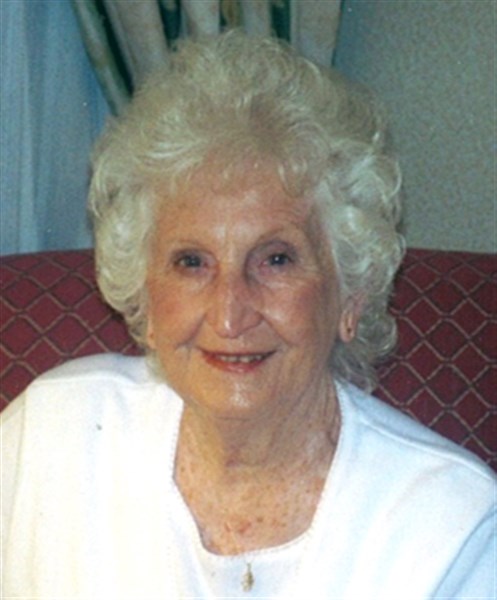 Colleen was born August 22, 1927 in Promise City, Iowa to Corydon Minor and Lora Anderson. She had six siblings: Enid, Ellis, Clare, Karolyn, Fra and Naomi (who died as an infant).
As a child Colleen was blessed with a beautiful voice. At the age of 2 she could sing 32 songs and was  inducted into Ripley’s Believe It or Not for her special gifted voice as the “Child Wonder.” She also knew many nursery rhymes. Her Sisters Enid, Karolyn and Fra gave her such encouragement-what an accomplishment for such a little girl.
When Colleen was 6 years old her mother passed away. Since her Dad traveled for work with the Barnum and Bailey Circus as a trumpet player she spent most of her younger years growing up with her Grandma Flora and older sisters. At the age of 16 her Dad remarried Lena Anderson. Colleen attended school in Mount Ayr most of her school years. During her senior year she moved to be with her sister Enid in Cleveland, Ohio where she graduated from high school.
She moved back to Mount Ayr in 1946 and married Marvin Reynolds November 9th. They were married 27 years and during this union they had three daughters; Cathy, Carri and Debra.
In 1971 she was diagnosed with breast cancer and was able to beat the odds and continue on her journey of life.
During those years she was actively involved in the United Methodist Church, Eastern Star, Ringgold Singers and Ringgold County Saddle Club. She was employed as a cook at the Mount Ayr high school and worked most of her career as a dental assistant. She retired in 1994. Colleen remarried in 1994 to Duane Knight and they divorced in 2008.
Colleen spent most of her life in Mount Ayr but once she retired she was able to enjoy several years in Phar, Texas.
In 2005 she moved to Carroll, Iowa until April 15, 2015 then moved back to her hometown, Mount Ayr, as a residence of the Clearview Nursing Home.
Throughout her life she enjoyed many things including: crocheting, playing bridge, bowling, singing in many choirs, baking (she had the best cinnamon rolls around and made birthdays very special), shopping, walking (with her Best Friend Doris Rule), enjoying her place at the lake, spending time with family and friends, volunteer work especially for the Breast Cancer Survivor Organization in Carroll, Iowa.
Colleen ended her journey of life on July 3, 2015 at Clearview Nursing Home leaving behind 3 daughters Cathy (Wayne, Son-in-Law) Shoesmith, Carri Duckworth, and Debra (Kenneth, Son-in-Law) Robertson; grandchildren Wayde (Mindy) Shoesmith, Waylan (Tonya) Shoesmith, Wendy (Terry) Thurman, Amanda (Jason) Meusburger, Scott Duckworth, Jason Duckworth, Jeff Robertson and Justin (Kimberlyn) Robertson; great grandchildren Ashleah and Nathan Shoesmith; Jordan, Trey and Taydem Shoesmith; Michael, Matthew and Mitchell Thurman; Tanner, Kayela and Thomas Schneider; Colton Duckworth and Chelsea Whitham; Vanessa Robertson; and Owen Robertson; sister-in-law Dorothy Reynolds; several nieces and nephews closest living to Colleen were: Judy (Royce) Dredge of Mount Ayr and Martha Pine of Creston; too many friends to mention as she made friends with everyone she met.
Preceding her in death were her parents Corydon Minor and Lora Anderson; step-mother (Lena), grandmother Flora Anderson; grandpa and grandma Sharp; siblings Enid (Harold) Chatfield, Clare (Harriet) Anderson, Ellis Anderson, Karolyn (Matt) Bevington, Fra (Elmo) Roe and Naomi Anderson.
Colleen loved life, family and friends and most of all God. Growing up in the depression she learned a lot about life and what was important. She taught her family many things and one thing she would always say to her girls was, “Count your blessings instead of sheep.”
Watson-Armstrong Funeral Home in Mount Ayr was in charge of the arrangements. Services were Monday, July 6, 2015 at 10:30 a.m. at the United Methodist Church in Mount Ayr, IA with Pastors Joyce Smith and Bill Armstrong officiating. Musicians were Deb Cannon, Simply Voices, and Grace Warin. Casketbearers were Wayde Shoesmith, Waylan Shoesmith, Wendy Thurman, Amanda Meusburger Scott Duckworth, Jason Duckworth, Jeffrey Robertson and Justin Robertson. Honorary pallbearers were Wayne Shoesmith and Kenneth Robertson. Burial is in the Rose Hill Cemetery at Mount Ayr, IA.
A memorial fund has been established in Colleen’s name to be decided later.