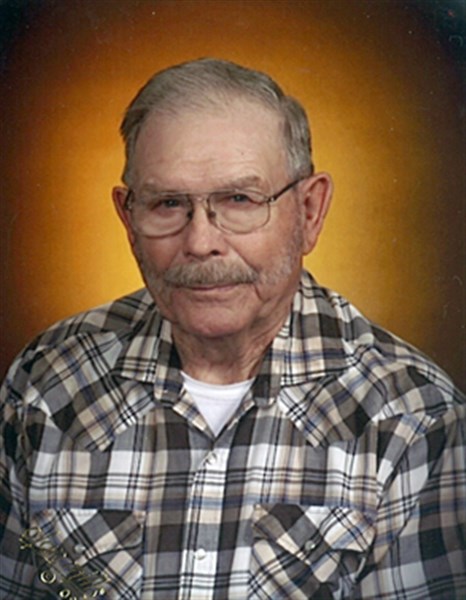 Melvin Lowell Hickman, 86, died Tuesday, Sept. 8, 2015, at Iowa Methodist Medical Center, Des Moines, after a short illness.
Lowell was born Aug. 24, 1929, to Charles W. and Edith Liese Hickman in Lafayette County, MO. He graduated from Corder, Missouri High School in 1949. He and Janet Hudson were married Aug. 25, 1957, in the Mount Ayr United Methodist Church. Their son, Mark, was born Feb. 21, 1967, in Mount Ayr.
Lowell served in Korea with the Army from 1951 to 1953, and moved to Mount Ayr after his discharge. Lowell farmed with his father, and then in 1960, began farming in Jefferson Township north of Mount Ayr. He retired from farming in 1986, when the family moved to Mount Ayr.
Lowell served with the Ringgold County Sheriff’s Department from 1975 to 2001, first as a reserve officer, later as a deputy, and again as a reserve officer. He was a member of the Mount Ayr United Methodist Church, American Legion Post 172, and the Southern Iowa Rural Water Association Board.
Although Lowell’s first love was his family, he had a real passion for farming, his livestock, and had a particular interest in tractors – especially the red ones. He enjoyed outdoor work, and took pride in keeping his lawn and shrubbery attractive and well-groomed.
Survivors include his wife, Janet, and son, Mark, both of Mount Ayr; two brothers, Rodney Hickman and wife Charlene, of Manning, and Dwight Hickman and wife Marcia of Mount Ayr; a sister, Marjorie Millard, Alexandria, VA; and 12 nieces and nephews.
Preceding him in death were his parents; his stepmother, Irene Hickman; his parents-in-law, Walter and Alice Hudson; and his brother-in-law, Loyd Hudson.
Services were held at the Watson Armstrong Funeral Home in Mount Ayr, IA on Saturday, September 12, 2015 at 11 a.m. with Rev. Skip Rushing officiating and Debbie Cannon and John Allen providing the music. Casketbearers were Douglas Hickman, Daniel Hickman, Mike Sobotka, Rob Haley, Lyle Minnick and Steve Taylor. Honorary pallbearers were the Ringgold County Sheriff’s Reserve. Military rites were performed by Ringgold Post #172 and the Iowa Honor Guard Unit. Burial is in Rose Hill Cemetery at Mount Ayr, Iowa.
A memorial fund has been established for the Ringgold County Sheriff’s Reserve or Mount Ayr United Methodist Church.