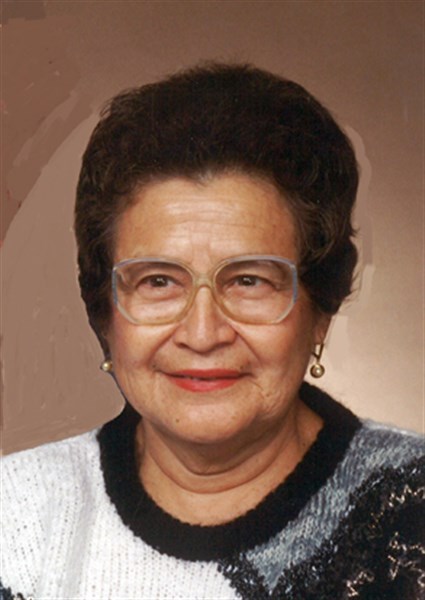 Socorro Pulido Waugh was born on February 18, 1925 to Maria Ramirez, in Tuxpan, Veracruz, Mexico. Her childhood years were spent growing up and attending school in this village while working alongside her mother as household staff for an affluent family.

In 1947, Socorro left her mother and her home and traveled 440 miles to Monterrey, Mexico to take advantage of an opportunity to attend nursing school. While there, she lived at the hospital and attended nursing school during the day, which involved both classroom and clinical time. She spent her evenings working as hospital staff as payment for her education. Once her evening shift ended, she would wash her only uniform and then study/prepare for the following day, where she repeated the same cycle. After graduating from nursing school, Socorro and a few of her classmates traveled to the United States and started their nursing careers in a hospital in Mission, Texas. This hospital later closed and the group then traveled to Des Moines, IA (Mercy Hospital) as nurses were needed there. As soon as she could afford to, she brought her mother to Des Moines to be with her.

It was while working in Des Moines that she met her future husband, Denzil Waugh. Denzil and Soco (as she was fondly called – and easier to pronounce for most!) were married on June 16, 1956 and made their home on the family farm in southern Ringgold County. Their family was made complete with the adoption of two children: Eugene Mark in 1959, and Martha Ann in 1962. Soco’s mother, Maria, also lived with them, as well as Virgil Findley, family friend, who took care of the farm, as Denzil and Soco both worked outside the home. Socorro took great pride in studying and completing the steps to achieve her United States Citizenship. She felt very strongly that all who came to the United States should “do it the right way” and learn the language and complete the steps to obtain legal citizenship. In 1957, Socorro began working at Ringgold County Hospital. After a short time she went to work for Dr. Fell in his practice, as his office nurse. In addition, she would scrub for surgery at Ringgold County Hospital with Drs. Gamet and Swanson, who took care of Dr. Fell’s surgical patients in the early days of his practice. In 1958, she again became a full time employee at Ringgold County Hospital and worked there until her final retirement in 2000. She was a nurse at heart and gave her all for her patients, the hospital and her community. She mentored many young nurses over the years and was known for her “no nonsense” approach to health care. Everyone has a “Soco story” – some patients were not exactly happy with her at the time, but later admitted that they knew that she always had their best interest at heart when caring for them, and loved and appreciated her for that. Many nurses share stories about how much she taught them in the early years of their practice – she was fondly referred to as “Ma Waugh.” There are those who speculate that, over the years, she helped deliver a majority of the babies in Ringgold County and the surrounding communities, and she considered those children “her kids” as well! Family, friends and community meant everything to her. She cared for anyone in need, not only in the hospital setting, but in the community as well. She was always checking up on neighbors and friends who were ill, had surgery, or just very busy with work and family, and helping however she could. She was a beloved neighbor and friend. In addition, her grandchildren were her pride and joy. Her face lit up every time they came to visit and she had a ready hug and kiss or a back scratch for them. She was so proud of them, their accomplishments, and the amazing young adults they were becoming.

Left to cherish her memory are children, Eugene (Linda) Waugh and Martha (Brent) Ricker; grandchildren, Dana (Matt) Churchill, Jessie, Jake and Joe Ricker; step-grandchildren, Jan Moran and Randy Lear (Kerri Simmerman); great-grandson, Jackson Churchill; step-great-grandson, Alexander Wright; nieces, Barbara Bellizzi, Maria Elder, Shari (Steve) Turner; many great and great-great-nieces and nephews; and a community of people whose lives have been touched in one way or another by her care and kindness. A memorial fund has been established in her name to be decided later.