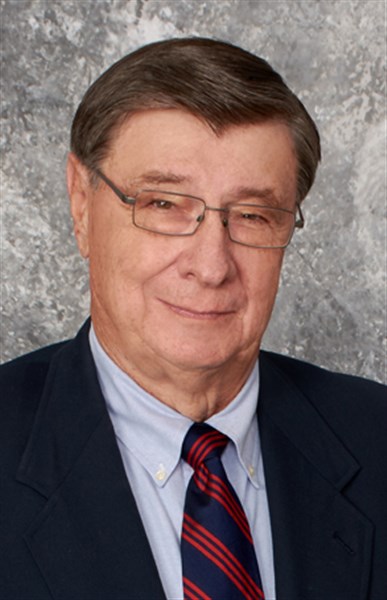 John was born to Dale and Catherine Kelley on March 13, 1941 in Hepburn, Iowa. He was baptized in the Methodist Church. After a few moves, his parents bought a farm near Graham, Missouri. John was in sixth grade at the time and his younger, and only sibling, Jerry, was in third grade.

An avid sports fan, John played baseball, basketball and fast-pitch softball at Graham High School. The latter he played until he was forty with a recreation league team which consisted mainly of school teachers. At Graham High, he was elected Student Council President and also developed his love of woodworking, which he continued throughout his life.

Upon his high school graduation in 1959, he attended Northwest Missouri State University in Maryville, Missouri where he was a member of Sigma Tau Gamma fraternity. John’s grandmother was the house mother.

In 1963 he received his Bachelor of Science in Mathematics and began his teaching career at Mount Ayr, Iowa, where he also coached baseball and basketball. While teaching, coaching, refereeing, and being a father, he commuted to Northwest Missouri State University where he received his Master of Science in Guidance and Counseling.

His life revolved around education and dedication to students. In 1974, he received his Ph.D. in Educational Administration from the University of Iowa which led to him becoming the Director of Curriculum for the Fairfield School District, the Assistant Superintendent and subsequently, Superintendent of Schools in 1979. While at the University, he worked with school districts across Iowa via the newly installed campus main frame computer system. He took his computer knowledge to Fairfield where he championed the use of computers and technology in schools, including the early use of VisiCalc, the precursor to Excel, to manage the district budgets and later established the district’s Local Area Network.

In the summer of 1964, he met Carolyn Pritchard, his wife of over fifty years. They were married July 31, 1965 at the First Baptist Church in Delphos, Iowa.

Among his many civic and professional associations, he was president of the Iowa High School Girls Athletic Union, on the Board of Directors for the Fairfield Economic Development Association, President of the Fairfield Rotary Club and in his younger days, was active in the Mount Ayr Jaycees. He was also a lifetime member of the Masons, the Fairfield Elks Club and belonged to the Fairfield Walton Golf Club where he enjoyed golf as well as using his love of math to play poker. Wherever he lived, he always found a group of friends who enjoyed the game as he did.

Beyond poker, he had many hobbies, including the restoration of a 1952 MG TD with his father in law, Charles Pritchard, and traveling to numerous car shows throughout the Midwest where he competed with his brother-in-law Bill Pritchard and his MG. He never forgot his farm roots and enjoyed working with his son Doug on his hobby farm in southern Iowa where he kept his restored, 1954 Ford 860 tractor. Upon inheriting his parents 1951 Ford 8N, he had it restored and enjoyed showing it at local events as well as using it to push mountains of snow. He also enjoyed gardening with his wife, most recently at Squaw Creek Gardens near his home in Marion.

John is survived by his wife Carolyn, son Jonathan and wife Deanna, of Highland Village, Texas, son Douglas and his wife Sara, of Cedar Rapids, Iowa and five grandchildren, Emma, Payson, Brianna, Aidan and Zane. The five grandchildren were very special to John. He loved watching all of their activities, in person where he would time running events to cheering them on over FaceTime. He is also survived by his brother Jerry and wife Joyce, and brother-in-law Bill and wife Kay.

A private service has been held in Mount Ayr with burial in Rose Hill Cemetery. Watson-Armstrong Funeral Home in Mount Ayr is in charge of his arrangements.