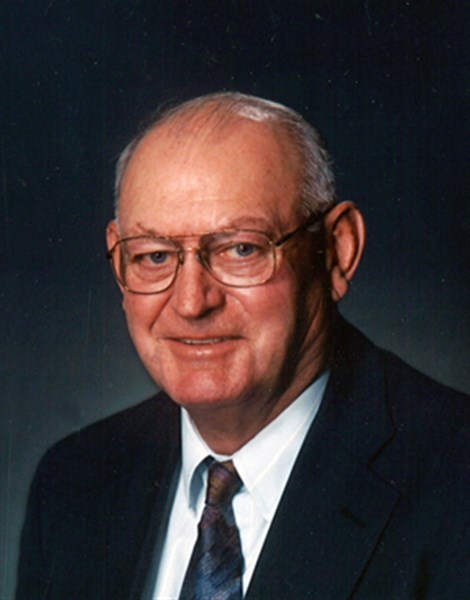 Everett Lee Faris, 79, passed away on Thursday morning, November 26, 2015 at the Clearview Nursing Home in Mount Ayr, Iowa. Lee was born July 8, 1936 at home to Wilbur and Eva Sawyer Faris near Mount Ayr.

Lee attended country school and then graduated from Mount Ayr High School in 1954. During high school, he was active in 4-H and FFA. He earned the National Farmers Degree in FFA and continued to be a member of the National FFA Alumni Association. After high school, Lee moved to Colorado to raise money to buy a farm back in Iowa. After an accident in a uranium mine he met his wife Martha Wilson in Grand Junction, Colorado. They were soon married on May 7, 1958, and moved back to Iowa and began farming. In addition to the farm, Lee sold feed door-to-door for Sweet Lassy Feed and Cooper Feeds. He also owned Iowa Feed and Grain—now the Farmer’s Co-op—in Mount Ayr from 1970 to 1976.

Together Lee and Martha had four children, Rodney Lee, Jacqueline Renae, Jennifer Lynette, and infant son John Roger. Lee was also active with family and community. He was an active 4-H leader and served on the Ringgold County Fair Board. Just as he enjoyed showing cattle in his youth, a highlight of his summer was helping his children and grandchildren show cattle at the county and state fairs. Lee was also Past Master of Faith Lodge 179 and acted as Rainbow Dad to both of his daughters.

Some of Lee’s favorite activities were traveling, camping at the Iowa State Fair, going to the races in Adams County, and driving around on his gator doing chores. He was very proud of his children and grandchildren and their accomplishments, and he sat through hours of his grandchildren’s ballgames and dance recitals. In his final years he enjoyed going to dances and socializing with friend Evelyn Sickels.

Lee was preceded in death by his parents Wilbur and Eva Faris, his wife Martha, his father- and mother-in-law Edwin and Mildred Wilson, his son John Roger, and his brothers-in-law Doyle Stamper, Charles McComb, Walter Hill, and Elbert Randles.

Left to celebrate his memory include his son Rodney and wife Elizabeth Faris of Mount Ayr, daughter Jacqueline and husband Russell Stewart of Mount Ayr, and daughter Jennifer and husband Shawn Byrd of Diagonal. He will be fondly remembered by his grandchildren Michael, Richard (and girlfriend Neva Nachtrieb), and Justin Faris, Megann, Trent, and Hallee Stewart, and BrieAnn and Austin Byrd, and great-grandson Tegan Stewart. He is survived by his siblings James Allen and wife Katie Faris of Lancaster, California, Louise Stamper of Mount Ayr, Lucille and husband Ronnie Deemer of Davis City, Iowa, and Lyle and wife Betty Faris of Mount Ayr. Surviving in-laws include Florence Randles of Cortez, Colorado, Mary Ellen McComb of Lewis, Colorado, and Elza and wife Peggy of Grand Junction, Colorado. He is also mourned by a host of nieces and nephews and other extended family and friends. Watson-Armstrong Funeral Home in Mount Ayr is in charge of the arrangements.

Funeral services were held at the United Baptist-Presbyterian Church on Monday November 30, 2015 with Rev. Mike Maddy and Pastor Bill Armstrong officiating with the Eulogy by Jim Werner.

Everett Lee Faris was laid to rest at the Rose Hill Cemetery in Mount Ayr.