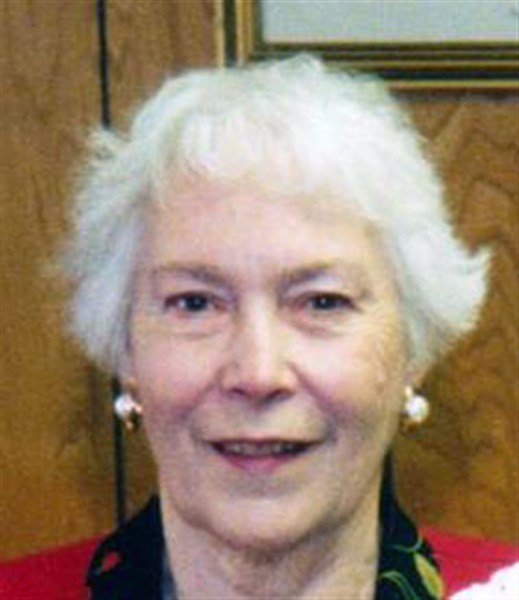 Catherine Eva Bergman Nelson passed away peacefully on November 27, 2015, at her Lamoni, Iowa home. Cathy was born on December 16, 1930, in Independence, Missouri, the daughter of Arnold and Bertha (Kester) Weyerman.

She moved with her mother back to the family farm near the town of Idalia in Yuma County, Colorado, as soon as both were able to travel. Her parents and grandparents traveled to that area by horse and wagon two decades prior as homesteaders to establish farms and communities. As a child, Cathy attended school in one-room country schoolhouses. One school year in particular Cathy, her mother, and her brother Dean lived in a 10 ft. by 8 ft. stockman’s shack so they could attend school as their mother was the schoolteacher. Cathy’s mother, Bertha, passed away in December 1943.

In 1946, the family moved to Broomfield, Colorado. In 1947, she moved to the Lamoni, Iowa community to live with her uncle and aunt, Bill and Alta Winegar. Cathy graduated from Lamoni High School in 1950. Shortly after moving to Lamoni, she started attending the RLDS church in Andover, Missouri. It was there that she met her first husband, John Henry Bergman. They were married on October 15, 1950, and set up housekeeping on the family farm near Andover. From this union four children were born, Jean Ann and Jerry Alan in 1951, Ned Roland in 1954, and Thomas Arnold in 1956. Cathy and John raised their family in a loving environment. They worked hard together and each family member contributed significantly to the success of the farm. In 1961, they bought an additional farm where they lived together until John’s passing in June 1999.

In April 2002, Cathy married Dr. Norman Nelson and moved to their home in Lamoni. They spent their time together enjoying each other’s company and maintaining both their town and country homes.

Cathy worked for 25 years in student health services at Graceland University. She found this job very rewarding as she able to interact and administer care to the students. Lifelong friendships with students and staff were established while working at the college.

Cathy had numerous hobbies and was involved in many activities. She was an accomplished seamstress. Cathy was a member of the Iowa State, the Missouri State, and the Lamoni Quilter’s Guilds. She also learned to weave rugs on the loom she inherited from her aunt Alta. Her homes are full of quilts that she produced and many others were made and given as gifts to family and friends. Cathy was an avid cook, her meals were enjoyed by all. Her pie making abilities were exceptional. She planted a large garden every year and spent a considerable amount of time canning and freezing enough fruits and vegetables to last through the coming year.

Cathy loved to travel. She and John traveled to all the U.S. states and Canadian provinces in their pickup camper and RV with their close friends the Carpenters. Cathy and Norman traveled together as well and made an extended trip to Oaxaca, Mexico.

Cathy was an eternal optimist. She was a very efficient hard worker always striving for perfection. Those in her presence always benefited from a smile, a warm heartfelt greeting, and a hot cup of coffee. During conversation she would relate that she knew where you were from, who your relatives were, and what highway to take to get there. She was loved by all and will be missed dearly.

Special thanks goes to the caregivers in the final stage of her life, Heather Edwards, Mary Graham, and Tammi Simpson. Their excellent care allowed Cathy and Norman to live in the comfort of their own home. Thanks also to Dr. Robert R. Shreck for his countless hours of diagnosis and treatment.

Memorial funds are set up at the Andover Community of Christ Church and the Mount Ayr Restoration Church.

Funeral services were held at the Lamoni Community of Christ Church in Lamoni, Iowa on Saturday, December 5, 2015. Burial was in the Rose Hill Cemetery, Lamoni, Iowa. Arrangements were through the Slade – O’Donnell Funeral Home of Leon and Lamoni, Iowa.