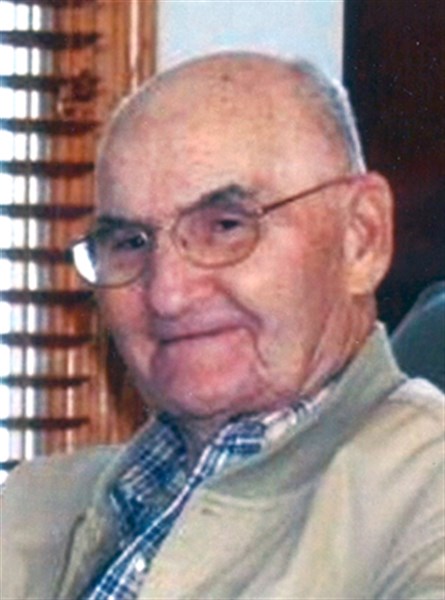 Paul Vere Campbell was born January 11, 1919. He was the ninth of ten children born to Frank Campbell and Mary Elizabeth (Kauble) Campbell of Athelston, Iowa. He had fond memories of his father who died when Paul was only eight. His mother moved to Blockton with her three youngest children and Paul left school in his early teens to help support his mother and family. He remained very close with his mother until her death in 1961. Paul enjoyed the farming and small town lifestyle of the southwest Iowa area and as a young man worked as a hired hand for farmers and as a mechanic at the Blockton blacksmith shop. 1942 was a very busy year for Paul; he married Mildred Marie Weaver in early January and went into the Army mid year. When he returned home from military service, he and Marie established their home in Blockton which would include their two children Paulette Kay and Stephen Ray.

Paul developed his means to support the family through stock truck driving. At one time he owned two trucks; he drove one of them and hired a driver for the other. He later began a 35 year career driving a gasoline transport for the Blockton Oil Company until he retired.

Paul was a loving and supportive husband, father, grandfather, sibling, neighbor, and friend to many. He approached life with a sense of humor that earned him the respect of many. Old country music was a favorite listening treat and he could play “tunes” on the banjo, accordion, organ, harmonica and piano. He had so much fun with many recreational interests – Horseshoes, Pitch (card game), community Bingo, and swimming. He could do multiple tricks with a yo-yo and could easily ride a bicycle backwards.

He also enjoyed the activities of local and national travel, fishing, gardening and general lawn care, especially riding his lawn mower. He particularly loved to exchange stories with friends and family and recall all the past good times, present experiences (“fish stories” included) and speculations for the political future, although he said they were all careful when “talking politics” so that they could all remain good friends when they disagreed. He was a member of the American Legion and was proud to have visited the World War II Memorial in Washington D.C. with his grandson-in-law, Tony.

He was preceded in death by his beloved wife, Marie.