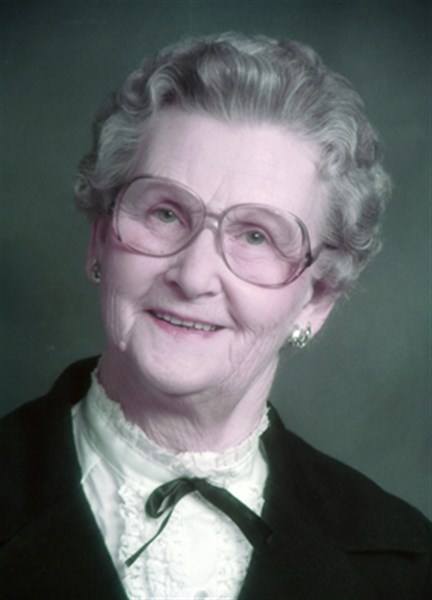 Edith and Keith lived most of their married lives farming in Ringgold County. Edith loved to farm and make things grow. Wherever she lived, Edith always raised a big garden and maintained a large yard with many flowers. From these gardens, many jars of fruit and vegetables were canned every year and much of the harvest was shared with friends and family.

We are grateful that she was always willing to lend a hand when someone needed help, and was recognized several times for her volunteer activities. Like most people that grew up in the depression, Edith was taught at an early age how to stretch a dollar. Being the oldest of nine children, it was necessary for her to earn money to help support the family, and often times she could not attend school. Her family is very proud of how she self-taught herself to do many things that ordinarily would have been learned in school. She once expressed that she had taken care of 34 new born babies before she was married to earn money for the family.

Edith and Mildred Abarr started the Tingley Kitchen Band in 1978, and she continued to play until 2012. The band played several times a week at different nursing homes, community centers, various town celebrations and dances. After leaving the farm, playing music with the Tingley Kitchen Band, and Charlie Mander’s group, the “Review,” was a big part of her life. Edith could not read music but could play by “ear.” Her song book consisted of a spiral notebook of 100’s of songs and hymns. Depending on the occasion, Mildred and Edith would develop a play list for the event from the spiral notebook. The Tingley Band was requested several times by the Iowa State Fair and won many awards along the way.

Edith was an active member of the Tingley Christian Church, for a time playing hymns, and for several years, mowing the church lawn until age 95.

Edith was a devoted wife, mother, grandmother, and friend to many. She will be missed by all. In lieu of flowers, memorials are to the Tingley Meal Site.

Edith is at rest in the Tingley Cemetery at Tingley, Iowa.