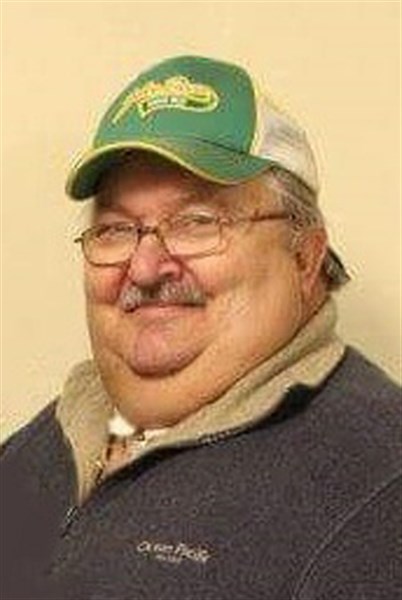 John Wilson Holmes of Mount Ayr, Iowa, passed away at the Greater Regional Hospice Home in Creston, Iowa on December 28, 2015, at the age of sixty-eight years.

John was born in Kellerton, Iowa, on August 24, 1947, to the union of Wilson Henry Holmes and Amy Ruth (Dady) Holmes. He attended the Kellerton Elementary School. Being the youngest of four children, Johnny was the apple of his family’s eye. All of the neighbors helped spoil that cute, tiny and funny little boy. He was known to many as “Johnny Corncob,” a name given by his dad. When John was twelve, the family expanded to include Curtis and then Rodney. He was always anxious to take his little brothers fishing.

John worked for Hoffman Brothers’ Farm during his teenage years. He attended and graduated from Grand Valley High in 1965. After graduation, John went to Des Moines and became a flooring expert. He joined the Army Reserve and proudly served his country from 1965 – 1972. During his basic training in the state of Washington, he left on a weekend leave, or at least what he thought was a weekend. He decided that traveling to Iowa to see Susan Vanderpluym (girlfriend) would be a really good idea. The time spent with Suzie was fine, but on the way home to Washington, his duffle-bag was lost which made him late to get back to base. He DID get out of that pinch, but barely. Suzie and Johnny were married on August 26, 1967. They were extremely excited when Colby Ryan was born in 1972. They resided in Waukee for six years. John stayed in the Des Moines area after their divorce until 1985. He continued to work at carpet laying during this time. He was well known for his artistic abilities, and one of his accomplishments was the decorative eagle design in the Iowa House of Representatives. Mercy hospital also displayed a mural in the chapel.

After a hand injury, he moved home to Ringgold County in 1985. After recuperation, John worked at his trade with his brother, Rodney. During this time, John became a father again to Johnathon David McNabb. John was proud of all Johnathon’s academic achievements.

In his spare time, he enjoyed hunting and fishing with anyone who was interested. He founded the “Great Deer Drive” of Ringgold County, and that continues to this day. Nothing was more exciting for John than telling BIG stories about all of the wonders of hunting with his family, especially with Russell, his grandson. John also enjoyed attending as many of his grand-daughter, Katelyn’s cattle shows as he could. He was so proud of Katie’s academic achievements at Mizzo.

As John’s health condition deteriorated, he still tried to “help” Colby with harvesting. The only issue with this was the resulting dollar signs attached to the repair bills, but check with Colby on some of the details.

John was preceded in death by his parents and brother, Curtis Alan.

Left to cherish his memory and laugh at the good times are: brothers, David and Rodney; sisters, Kathryn Still and Janet Holmes; son, Colby Holmes and wife Tricia; grandson Russell and granddaughter Katelyn; son Johnathon and Paul; and many nephews and nieces.

A big thanks from John to Becky Fletchall, Karen Pettinger, Amy Mobley, and other healthcare providers. Without their loving care, John’s last years would not have been as long or blessed.

A memorial has been established in John’s name to Hospice of Central Iowa and Ringgold County Public Health Department.