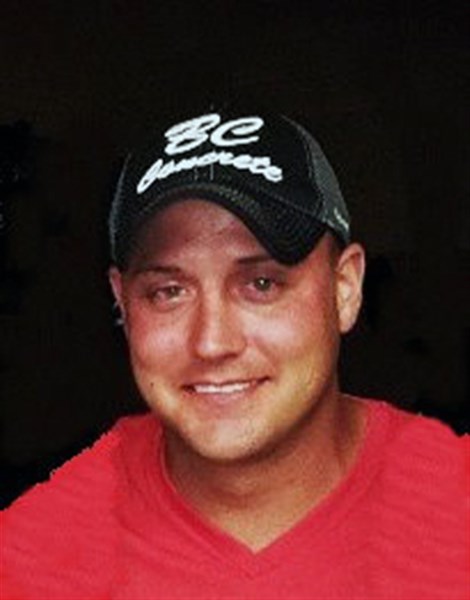 NICK GROSE
Nick’s story began like most stories do, March 3, 1985, with two anxious parents at a bustling hospital in Casper, Wyoming. From there the commonality of Nick’s story with others diverges into his own unique journey. His arrival was early, impatient in true Nicholas Daniel fashion, eager to meet his parents, Kenny (New Cambria, MO) and Brenda, (Mount Ayr) and two siblings, Niccole (Swank) and Chris. The family made their home in nearby Glenrock, Wyoming where they lived until Nick was two and a half.
In 1987, the family moved to Mount Ayr, Iowa, back to their roots and at the age of five Nick got the opportunity to be a big brother to Mitch in 1990 and Jordyn in 1992. The family unit was not quite complete, but that would come later:)

Nick started and attended Mount Ayr Community School, completing his formal education with graduation in May, 2003. Nick’s early traits of tenacity and determination that saw him through the rollercoaster days in a NICU became a passion and intensity that transferred itself into athletics. Nick found much success on the football field, the track and baseball diamonds. He loved the challenge of besting his own performance on the track, the hard crack of football pads under Friday night lights and had the mindset of a true pitcher. Nick played with confidence and humility, never rattled by loaded bases and no outs at the mound or a full count at bat.

Through Nick’s high school years, the family continued to grow as Niccole added her husband, Travis Swank and Chris, his wife, Jessi Mains.

After graduation, Nick continued his on the job education, following his dad and older brother into a shared love of playing in the dirt running heavy equipment, working for McAninch Corporation for nine years.

Nick took pride in his skill at sculpting the land, whether it was leveling and grading a million plus dollar development site, creating perfectly formed terraces or carving a farm pond. He loved the seat of a dozer and he became one of the best. In the corporate world of the construction business, employees seldom determine their own job assignments, but Nick’s love of the profession was second to his love of working alongside family and he would only work with Chris. He became Chris’ “dozer” man and second in command on the many jobs that would take them across Iowa and into Missouri. They worked together and lived together and on their down time they had fun together. During the years on the road working, the fifth brother was added to the Grose family unit. By unanimous decision, Jeremy Pruitt became their Missouri brother and part of the regular family festivities.

January 7, 2011, Nick married Tara Hurst (Mount Ayr). Nick’s role as husband was one he was proud of and one he loved, honored and respected.

In 2012, Nick and Chris came off the road of traveling construction with McAninch Corporation and Nick joined JNC Construction, the company formed by brother, Chris and Chris’ brother-in-law, Jared Mains. It was a family affair from day one and Nick was an integral part of realizing a shared dream of working together in business with his brother.

In 2014, younger brother, Mitch graduated from NWMSU and came onboard to learn the business from his brothers. Nick was an eager teacher. He loved sharing his skills and teaching what he had learned to Mitch. They were often referred to as the Grose boys or the Grose brothers. It was one for all and all for one and that included their sisters who were equally loved and the siblings they claimed as blood, Travis, Jessi, Jeremy and Erica (Kemery) who Nick looked forward to welcoming to the family officially in April 2016, although as Mitch’s longtime choice for his partner in life, Erica was inducted into the family many years ago.

To Jordyn, Nick was counselor, confidante, coach and cohort in fun. Nick saw Jordyn graduate from Iowa State University in December 2015 and although she had turned a bit traitor to the family college colors of black and gold, Nick flashed his trademark smile of acceptance for her Cyclone loyalty, so very proud of her accomplishments. They often joked Jordyn was simply the female version of Nick and their bond was undeniable.

Niccole had the co-roles of sister/mom in Nick’s life but for Nick and Niccole, their roles were interchangeable. At times Niccole was the adviser, comforter and teacher and at other times younger brother, Nick provided the roles of wise counselor and fierce warrior protecting the sister he loved. Niccole was just as protective of her little brother and Nick knew, if he needed Niccole, she would always be there. He shared long talks about so many things with both sisters and so treasured the relationships he had with each one.

Nick’s roles did not stop there, he also carried the role of the fun uncle to Brayden, Dawson, Trenton and Keaton Swank and Isaac and Jace Grose. He loved being Uncle Nick, quick to nudge the boys into a bit of mischief, young enough to still love tossing the football or baseball or challenging them in a game of bags. He was also just old enough to sometimes give them the “Nick” look and remind them that their parents knew best. “Trust me, boys,” he’d say.

Nick’s role went even further as grandson to Duane and Sylvia Grose (Florence, Arizona), Ruby Grose, (Glenrock, WY), Barb Reynolds (Mount Ayr) and Dick and Phyllis Reynolds, (Walnut Grove, MO). Nick was a loving grandson; a frequent visitor to Grandma Barb’s for late night conversation and no doubt wise words of advice and looked forward to the frequent visits from his Wyoming grandparents, gleaning even more wisdom from Grandpa “Bud-isms’.

Nicholas Daniel Grose began a new journey in heaven on January 10, 2016. He loved big and he lived big, he was loved big in return and he will be missed big, until we meet again.

A memorial fund has been established in his name to be decided later. Watson-Armstrong Funeral Home in Mount Ayr is in charge of the arrangements.

A private burial was held at Rose Hill Cemetery at Mount Ayr, IA on Sunday, January 17, 2016.