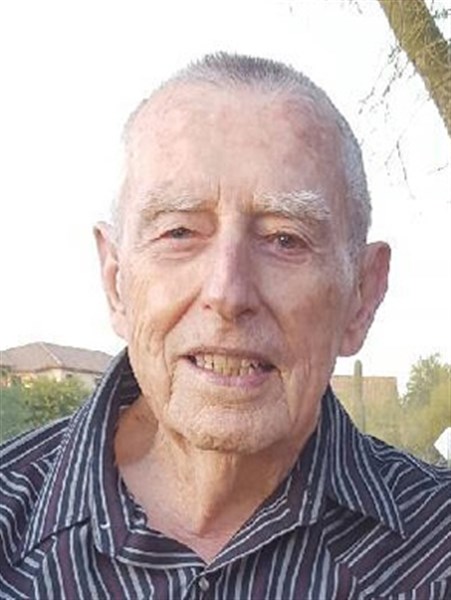 Chester Vane Munyon was born December 22, 1931 to Merle and Mary Munyon in Kellerton, Ringgold County, Iowa. He graduated from Kellerton High School in 1950. He worked for Powers Produce through high school and after graduation. In 1951 he joined the United States Air Force in support of the Korean War effort. On February 14, 1954 he married Norma Jean Reed in Kellerton, Iowa. During his service they lived in Del Rio, Texas for 32 months. While in Del Rio, a son, Terry, was born in 1955. Post Chet’s discharge from the service, they returned to Kellerton, and purchased and operated Powers Produce. After their return to Iowa, another son, Rodney, was born in 1956. In 1961, Chet and Norma, partnered with Charlie and Helen Reed, purchased and operated the now 4th generation family business, the Kellerton Hardware, now Munyon Plumbing and Heating. In 1984, they built a new building and added the Munyon Mini Mart to the business.

After they retired from the family business, they started CNM restorations. They were able to travel the United States painting McDonald’s playground equipment. He absolutely loved to travel, and traveled to every state in the union – except Hawaii. They also traveled to Mexico and all the Canadian Provinces. It seemed there was not a two lane road that Chet did not travel. He was infamous for his “spur of moment” day trips or vacations for his family. Chet and Norma visited Arizona for several months every year from 1975 to 2006. Norma passed away on September 16, 2012.

Chet continued to enjoy his life sharing it with Wanda Adams.They traveled together constantly whether short drives through the country side or extended travel, most recently to the East coast, Niagara Falls, the Blue Ridge Parkway, Wyoming and Arizona. They also traveled annually to Arizona and wintered for the past three years. Chet was a Boy Scout leader, a custodian in both the Grand Valley and Mount Ayr Community School Districts, a member of the Masonic Lodge, a member of the American Legion and a strong supporter of his community. Chet initiated and organized putting up the flags on Memorial Day for the Maple Row cemetery. Chet embodied life and embraced each and every day with vigor. To state that he was a devoted and loving husband, father and grandfather would be an understatement. He was the patriarch and foundation of his family. Chet was a wealth of knowledge, and could be found at any given time reading to increase said knowledge. He knew every plant in the forest and every star in sky.

Chet passed away on January 18, 2016 while at his Arizona home. He was preceded in death by his wife Norma Jean, his mother Merle, his father-in-law Charlie Reed and his mother-in-law Helen Reed.

Honorary pallbearers were Mandy Munyon, Matthew Munyon, Sara Bautz, Brett Bautz, PJ West and Mathew West. Private burial is in the Munyon Cemetery at Grand River, Iowa. There is a memorial established in his name to be decided later.