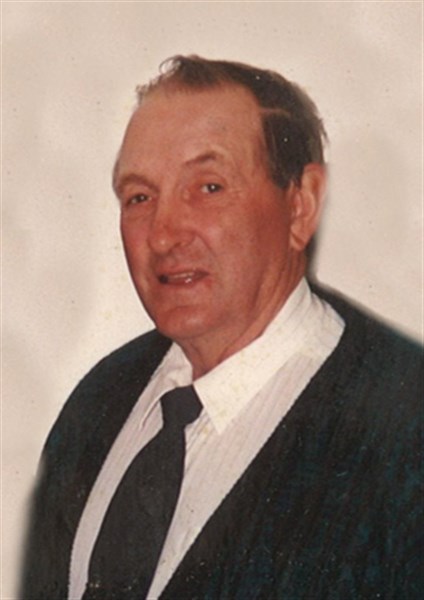 George LeRoy Dailey was born August 18, 1923 to Clearance and Florence Dailey of Benton, Iowa. George passed away February 6, 2016 at the Ringgold County Hospital. He was the oldest of five children. George loved sports and played on his high school basketball, baseball and track teams. He graduated from Tingley, Iowa in 1942.

On May 20, 1944 he married Alverta Briner, they had two children Paul LeRoy and Nancy Lee. George and Alverta lived and farmed in Ringgold County all of their lives. They belonged to the Ringgold County Saddle Club and participated in many horse shows in Iowa and Missouri with their son Paul. George also drove a stock truck and worked with Creston Coop at the lumber yard for many years. In 1979 George and Alverta moved to the Farm in Maloy where they remained there till Alverta passed away and George went to the nursing home in Mount Ayr. Later in years George worked with his grandson Jason at Iowa Select Farms for about 10 years until he retired. He loved his family and taking care of his animals especially his horses. George never met a stranger and loved to visit and tell stories. He always had a smile on his face and kept upbeat about life. Some of his favorites were watching his grandkids with their activities. Camping at the Iowa State Fair. Watching the Iowa Hawkeyes in basketball and following the New York Yankees.

He was laid to rest in the Marshalltown Cemetery in Benton. Memorials are to the Benton Community Building.