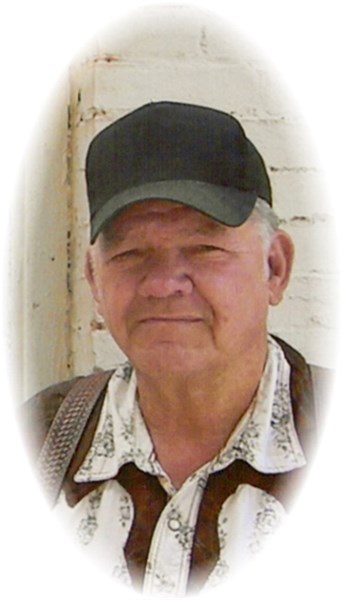 Celebration of Life Graveside Services for Phil Godden, age 72, of Bedford, who entered into peace on Thursday, April 7, 2016 at Bedford Nursing and Rehab Center   were held Monday, April 11, 2016 at 11:00 a.m. at the Bedford City Cemetery.  Visitation was held Sunday at the Ritchie Funeral Home in Bedford from 2 to 5:00 p.m. with the family greeting friends. Memorials may be given in Phil’s name.  Memories may be shared with the family at www.ritchiefuneralhome.com under Obituaries. Arrangements were entrusted to the Ritchie Funeral Home of Bedford.
Phillip Glen Godden was born July 11, 1943, in  Kellerton ,  Iowa  the oldest son of Glen Godden and Viola (Laird) Godden. He grew up in the Kellerton area while attending school. He began farming with his father and greatly enjoyed the years of tending the land and caring for the livestock. He was united in marriage to Vernadean Hacker and two daughters were born, Phillina and Justina. The couple later divorced.  Phil moved to  Mount   Ayr  where he worked for the Ringgold County Sheriff’s Office as dispatcher and took care of his aging father. While living in  Mount   Ayr , he also served on the Sheriff’s Posse.  In 1987, Phil moved to  Bedford  where he and Bonnie Shields leased The Frosty. Together they enjoyed serving the community for over five years! On October 1, 1989, Phil and Bonnie were united in marriage at the Lake of Three Fires.
In 1993, Phil began working for the City of  Bedford  as the Gas Superintendent, a position he held for eighteen years, retiring just a few years ago. Whether it was day or night, if you suspected a gas leak, you gave Phil a call and he was there within minutes to check it out, never complaining about being called out of bed or away from a family function. He enjoyed coming out of “retirement” to work at the Lake of Three Fires the past three summers.  Phil faithfully served the  Bedford  community 24/7! Phil was a member of the Masonic Lodge in  Mount   Ayr  and a past member of the Bedford Lion’s Club, the Bedford Fire Department and served on the Bedford Water Board.
Phil was an avid gardener, tending not only his own garden but the UCPC community garden. He enjoyed preparing the produce for the parish members each Sunday morning. Phil was a tremendous family man who enjoyed attending his grandchildren’s ballgames, no matter where they were! He was always experimenting in the kitchen to get just the right ingredients in his amazing sugar cookies and cherry mash,  always making enough to share with everyone. Phil was a ‘giver of his time’ whether it was helping a neighbor, mowing their yard, scooping snow or running an errand to help someone out, Phil could always be counted upon to step up to the plate and do more than his share!
Left to cherish Phil’s memory is his loving wife of 26 years, Bonnie Godden of Bedford; his two daughters, Phillina Godden of Kellerton; and Justina Thompson of Fort Worth, Texas; his three other children, Don Shields and wife Steph of Maryville, Missouri; Mike Shields and wife Shelly of Mount Ayr, Iowa; and Chris England of Bedford; six grandchildren, Celine, Dakota, Jakob, Tessa, Derrick and John; a brother, Raymond Godden and wife Donna of Tarkio, Missouri; along with many other family relatives and a community of friends.
Preceding Phil in death are his parents and his maternal and paternal grandparents.

The memory of a well-spent life never dies.
We cannot keep you forever, but the memories,
we can hold close in our hearts.
The legacy of your love we will cherish in our hearts.