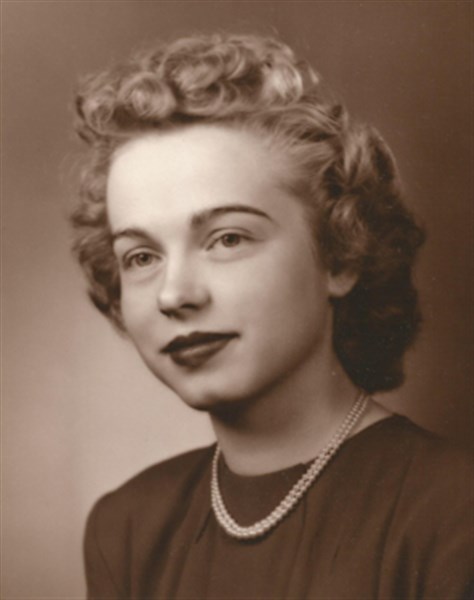 Myna Ione Hughes Gibbens, age 88, of Madison, WI, died Wednesday, May 11, 2016, at Meriter Hospital in Madison, after an illness of two months.
Born to Russell Santford Hughes and Lois Edna (Allen) Hughes on February 7, 1928, she grew up in Wayne, Decatur, and Ringgold counties in southern Iowa, and graduated from high school in Kellerton.  She received an associate degree from Graceland College in Lamoni, IA, and a bachelor’s degree from Simpson College in Indianola.  Myna also did graduate work in special education at University of Wisconsin-Whitewater in the 1960s.  In the late 1940s and early ‘50s she taught in public schools in Van Wert, Coon Rapids, and Forest City, Iowa, specializing in English and social studies.      Myna married John Monnett Gibbens on October 4, 1952 at Kellerton.  After marriage, she taught in the Flossmoor, IL schools.  Myna is survived by her sons, Jeffrey and James, her brother Russell Arvid (Julie) Hughes, her brother-in-law Dean Gibbens, sister-in-law Dorothy (Wright) Hughes, and their families. Myna was preceded in death by her parents and aunts and uncles; her husband John; brother Allen Jackson Hughes, sister Myrna Ailene Johnson and her husband Robert Johnson, and brother Arlen Franklin Hughes; sister-in-law Martha Ann (King) Gibbens; and many cousins of her generation.
Myna will be remembered for her tireless support for her family, notably her son James, for whom she was the principal advocate.  She was active in the Brancel-Clarke circle at the First United Methodist church in Madison.  She took a keen interest in her home, as well as in the culture and architecture of every place she lived, including several European countries.  All those who met her were impressed by her commitment and tenacity, especially evident during her illness.
Celebration of Life Memorial Service was held 11 a.m. on Monday, May 23, 2016 at the Powell Funeral Home, North English. Rev. Michelle Williamson officiated. Burial is in the North English Cemetery. Messages and tributes may be left at www.powellfuneralhomes.com
In lieu of flowers memorials may be made to the University of Wisconsin Carbone Cancer Center, Attn:  Katie Williquette, 600 Highland Ave., K4/658, Madison, WI, 53792-6164, or online.
“So nigh is grandeur to our dust, So near is God to man, When duty whispers low, Thou must, The youth replies, I can.”—Emerson, from Voluntaries.