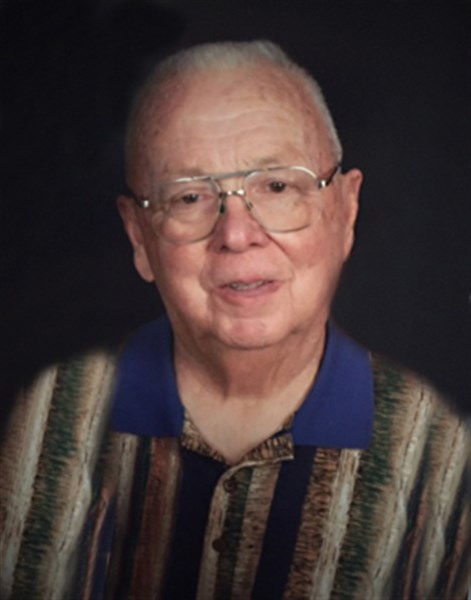 Ross Craft, 82, of Creston, died Wednesday, August 10, 2016 at Creston Specialty Care in Creston. Memorial Services were at 11:00 a.m. Saturday, August 13, 2016, at Powers Funeral Home in Creston. Pastor Chuck Spindler officiated. Flag presentation was performed by Theodore J. Martens Post #1797 of Creston.  Open visitation was from 1:00 – 7:00 p.m. Friday with family receiving friends from 5:00 – 7:00 p.m. Friday at Powers Funeral Home in Creston. Burial will be at Hickory Grove Cemetery, south of Mount Ayr at a later date. In lieu of flowers, memorials are to be established. Online condolences may be made at www.powersfh.com.
Ross Oakley Craft was born May 20, 1934 in LaPorte City, IA a son to Erna F. (Nordman) Craft and Donald P. Craft. When Ross was five, his mother married Sherrill Stephens, who became his father. He graduated from Delphos High School in 1952 and began working at Fisher Implement in Mount Ayr. Ross entered the U.S. Army on February 25, 1957.
On May 12, 1957, Ross was united in marriage to Sheryl M. Austin in the Pleasant Hill Church, south of Mount Ayr.  Ross still being in the Army, they lived and worked in Georgia, until his honorable discharge in 1959.
They next settled south of Mount Ayr, where he returned to Fisher Implement, and continued serving in the Army Reserves. Moving to Shannon City, he owned and operated the Shannon City Locker Service. He built a new locker in Mount Ayr and operated it until 1976.  Moving to Creston, he worked for Les Evans in the refrigeration and air conditioning services for a short time. In 1976, he went to work for Central Iowa Power as a turbine operator, until retiring in 1996. Following his retirement, Ross enjoyed almost 20 years of wintering in south Texas where he took up wood carving and then creating stained glass pieces. Ross liked to do engine work, rebuilding of Model As and Model Ts and several 1950s vehicles, with longtime friend Bill Magers. He also liked to garden and mow.
Ross attended Crest Baptist Church, was a member of the Rusted Relics (A Model A Club) and had formerly been a Mount Ayr Volunteer Fireman for 10 years.
Survivors include his wife Sheryl Craft of Creston; three sons, Roger (wife Teresa) Craft of Creston, Jeff (wife Paxine) Craft of Albuquerque, NM and D. Paul (wife Vickie) Craft of Cameron, MO; one brother, Wendell Craft of AK; two sisters, Jean (husband Don) Countryman of LaGrange, GA and Muriel (husband Lloyd) Johnson of Mount Ayr, IA; seven grandchildren, Kira, Klint, Jamie, Austin, Keaton, Emily and Jack Craft; one special granddaughter Kaytee Scadden of Creston and two great-grandchildren, Harley and Kyndon Armigo. He was preceded in death by his parents and an infant son Tim Craft.