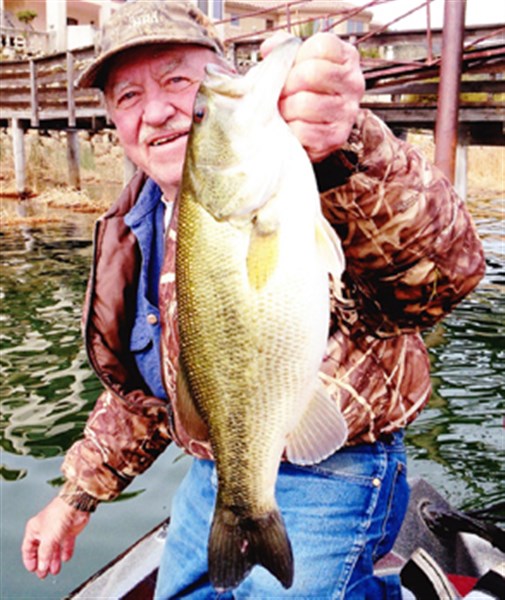 Larry was born in Mount Ayr, Iowa October 25, 1938, as the tenth child of eleven to his parents Corwin and Mable Main. He grew up in the small farm town going to school in a one-room country schoolhouse.
At 12 years old, with his father ill much of the year, Larry took over running a lot of the farm, and a couple of others. After moving into town, he had more time to sharpen his skills in hunting and fishing. He graduated from Mount Ayr High School in 1957.
In 1958, he feared being drafted into the Army and had always dreamed of being a Marine, so he signed on for four years and was discharged 4 ½ years later, but was forever a Marine. After he left the Marines, he lived in southern California for a few years, at which time he married Fran, his wife of 53 years. They moved to Paradise, California where they raised their children and he retired. He worked as a chainsaw salesman for 21 years, then bought out the hearing aid center in Chico that he ran until he retired. He and Fran travelled the country, going to all 50 states, and into Canada. Wanting something new to do and to go along with his passion, he opened Fins, Fur, and Feather sporting goods store. After a couple of years, and due to health problems, he sold the store to his son, Chris.
During all of his travels and when he wasn’t working, he taught the Hunter Safety Class to countless people, including some families he that he taught three generations and all of his grandchildren. He enjoyed shooting at the Paradise Rod and Gun Club range, where he was awarded a lifetime membership for service, spent time on the board of directors and started a youth shooting program. He was an avid member of Wilderness Unlimited, where he did a lot of work and often patrolled properties for them.  He spent many hours spent on the lakes fishing and hunting.
He leaves behind his wife Fran, children: Chris (Kathy), Craig (Alison), Deanna (Steven), Grandchildren: Ashley (Dimitry), Amber (Connor), Cody (Haley), Madison, Michael (Brittany), Austin, Kayla, and great grandchildren, Heaven, Autumn, and Kenadie, sister Juanita Shaffer, brother Lyle (Virginia) Main and many family and friends.
Larry was the type of person that everyone liked.  He was very positive and encouraging.  He was a great husband, father, grandfather, great-grandfather, friend, mentor, teacher, and inspiration.  He is greatly loved and will be missed very much.